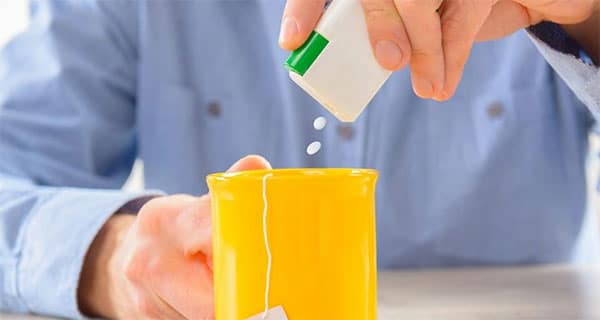 Unless, of course, you use a natural sweetener like stevia, because as we all know natural things are fine for your health. Just look at snake venom!

A study published earlier this year made for wonderful headlines from around the world, that artificial sweeteners are “bad for your health”, have “no evidence” of health benefits, and we’ve all been “sold a lie” about them.

All of this came as news to me, because if you actually read the study in question it doesn’t really say any of those things.

It turns out that the science is more complicated than you’ve heard, and the real story is also a bit less terrifying and a bit more boring.

Artificial sweeteners may work, and they almost certainly aren’t bad for your health after all.

The BMJ-published study that’s come out on artificial sweeteners is what’s known as a systematic review and meta-analysis, done by the well-known Cochrane collaboration.

Systematic reviews are a type of meta-study: you look at all of the literature published on a topic by conducting great big database searches, read through hundreds of studies, and make a conclusion about the state of the research as a whole. A meta-analysis adds the task of putting together all of the data from all of those studies and seeing what the combined effect was.

What did they find?

The biggest single finding of the study is that the evidence on artificial sweeteners currently isn’t very good. The quality of the studies included in this review — which, remember, looked at over 13,000 individual pieces of research — was almost uniformly low, with a few scoring very low and a few getting as high as moderate.

What this means is that any statements about artificial sweeteners made from this study, or really any study currently out there, are going to have a margin of error.

We just aren’t sure right now about any of this.

Having said that, the study did also see some findings suggestive of benefit. In fact, the accompanying editorial in the British Medical Journal was quite positive, saying that the benefits are there just not well enough researched at the moment.

Some of the positive findings of the study:

And on, and on. There were actually dozens of positive findings, including reasonably good evidence that artificial sweeteners don’t make you feel hungrier, eat more, or feel cravings for sweets, flying in the face of the common line that sweeteners make you guzzle food like there’s no tomorrow.

Overall, the study found that the current best evidence suggests that artificial sweeteners are safe and probably effective, otherwise known as the opposite of every news story out there.

So how did the media narrative become so twisted?

Potential harms could not be excluded

The problem here is that this science is really complicated. The Cochrane foundation is known for being the final word on a topic: this review is the “gold standard” of evidence on artificial sweeteners. What this means is that it is very conservative — any evidence not graded as very good quality is not considered adequate to make recommendations.

So when I say “current best evidence suggests”, what I mean is “the evidence isn’t great, but what we’ve got says”. The main finding of this review, after all, was that there was not really enough evidence to make conclusions either way. While the findings were overwhelmingly positive, they were not supported by sufficient rigorous trials to say — conclusively — that artificial sweeteners can help with weight loss.

This led to two sentences that have defined the media narrative about this study:

What the media took this to mean is that artificial sweeteners are definitely not good for your health, and that they are likely to have negative side-effects.

In fact, it means that artificial sweeteners are likely to be good for your health — if replacing sugar —but we aren’t sure if this is true yet, and they are unlikely to have negative side-effects, but we can’t rule them out completely.

Change a few italicised words, and suddenly the story is entirely different.

Perhaps the truth is just a bit too boring to make headlines.

Ultimately, while we may not have definitive evidence about artificial sweeteners yet, the evidence to date suggests that they will probably help you to lose weight if you are overweight and use them to replace sugar. They are also almost certainly safe, although we need better studies to make sure that this is true for some potential side-effects.

The media got it wrong.

You can keep drinking your Diet Coke. I know I will.