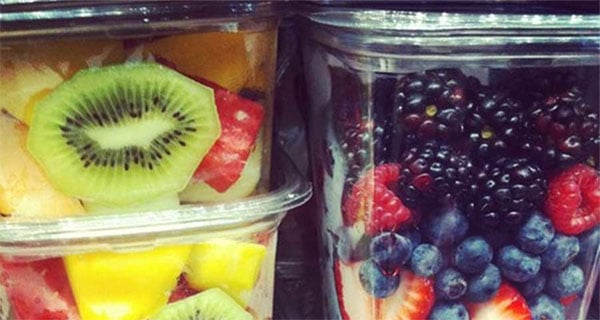 The past six months have been a whirlwind of food-poisoning outbreaks in the US, from romaine being contaminated with E coli to Goldfish crackers being recalled due to salmonella fears .

“This year has been nuts,” high profile foodborne illness attorney, Bill Marler, told Business Insider, drawing comparison to political news in the Trump era. “There’s so much crazy sh*t… all the time.”

The proof of the increased number of outbreaks shows in increased work for Marler, who has won more than $600-million for clients in foodborne-illness cases. Marler said he has been forced to hire two new lawyers and two new paralegals to keep up with the increased workload.

However, Marler says it’s hard to point to a single issue that’s causing the uptick in outbreaks. There haven’t been any major changes in regulatory policies, nor has there been a massive shift in the type of outbreaks being reported. There are just more of them.

There’s a positive spin that can be applied to the increased number of outbreaks. Due to advances such as new technology, the Centers for Disease Control is getting better at surveillance and spotting smaller outbreaks. In cases such as the Goldfish and Ritz Bits recall, the potential for contamination has actually been spotted before any illnesses are reported.

Two other possible factors at play are changes that have taken place along the food chain in recent years.

First, more than half of fruit and a third of vegetables purchased in the US are now imported from other countries. While imported food isn’t necessarily less safe, it can allow for more opportunities for contamination along the way.

Second, Americans’ increasing demand for convenience is helping boost sales of items such as pre-chopped fruit and vegetables.

“I worry about the balance between convenience and risk,” Marler said.

While the trend is far from new , 2018 seems to be a time of reckoning for the pre-chopped produce business.

McDonald’s salads have been linked to a parasitic illness outbreak that has sicked more than 160 people, pre-cut melons were linked to a salmonella outbreak that sickened at least 60 people , and romaine lettuce contaminated with E coli was linked to at least 193 illnesses and five deaths.

Pic above: Pre-cut fruit, like the melon at the centre of the current salmonella outbreak, is at the top of Marler’s list of foods to avoid, read more here.