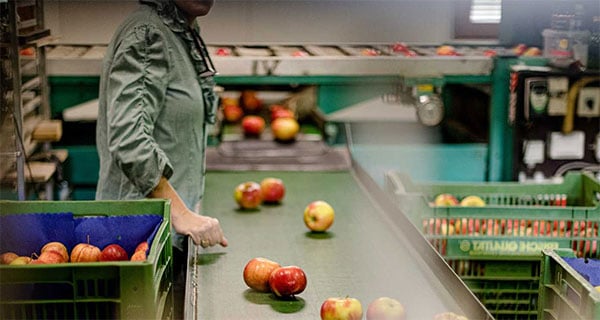 A year ago South Africans Louis de Kock and Eugene Roodt packed their bags in Seattle and London, leaving promising international jobs to start an agritech company back home.

Since then Nile.ag has traded more than 10 million kilograms of fresh produce between farmers and buyers in every corner of Southern Africa, says de Kock.

He notes that digitizing the fresh value chain results in lowering the cost of perishable food and reducing food waste.

Bruce Whitfield of The Money Show on Radio 702/Cape Talk asked de Kock about the genesis of Nile.ag.

I was working for Amazon Go in Seattle… it was a very interesting job that I had… but we saw a big opportunity in South Africa and the continent at large…Louis de Kock, Co-founder – Nile.ag

The basic premise is to remove as many intermediaries in the market cycle as possible, de Kock says.

They believe this will lead to a reduction in the cost of food, and a better allocation of food in general.

We want to connect farmers as directly as possible to commercial buyers of fresh produce, preferably those who end up selling on to the end consumers.Louis de Kock, Co-founder – Nile.ag

Whether you’re in South Africa or our neighbouring countries you’d be able to see the price, the availability, the lead times for the products to get to you, and you’d be able to trade through this platform in a very transparent manner.Louis de Kock, Co-founder – Nile.ag

De Kock says they’re very optimistic about the future of South Africa and the continent as a whole.