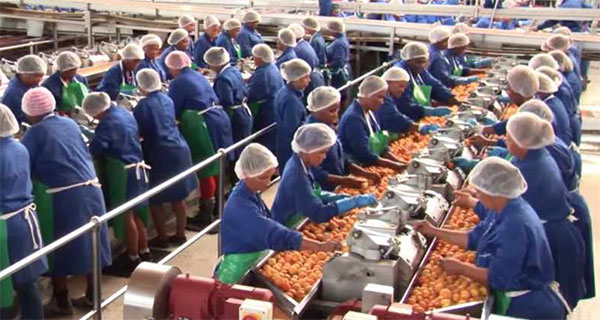 13 Jul 22 After a deal with workers and farmers, Tiger Brands cans factory closure – for now

Tiger Brands will continue operations at its Langeberg & Ashton Foods (L&AF) canned fruit plant for one more season following an agreement with workers and farmers.

The food producer, which owns brands like Jungle Oats, Tastic and Beacon, blamed unpredictable weather conditions, exchange rate fluctuations and global prices. Rocketing metal prices have pushed up the cost of the cans it uses in production.

Tiger Brands’ decision to shut down the factory came after the group struggled to find a buyer. A consortium of farmers failed to raise the required money by the deadline of end March.

However this week, Tiger Brands said it took the closure off the table following an agreement with unions, factory employees and the Canning Fruit Producers Association.

The agreement includes that workers will not get wage increases and farmers won’t hike their produce prices.

Fin24 also understands that engagements with the Commission for Conciliation, Mediation and Arbitration and the Unemployment Insurance Fund are still underway, which may include measures like reduced work hours for workers.

They are still discussing the contents of the agreement. So, the compact hasn’t been finalised.

The main point Cosatu wanted to share is that the facility will not be shutting down. With regards to the PIC question, they said they are engaging as many parties as possible, including the PIC and DTIC.

“Tiger Brands will continue to engage with interested parties towards executing a transaction that could provide for the continuation of a sustainable deciduous fruit processing operation beyond the 2022/3 season,” said the group in a statement.

CEO Noel Doyle said the compact with the unions and farmers will help mitigate the risk of operating losses in the next season.

“The flexibility, open-mindedness and good faith shown by all parties in reaching this compact will allow for the rigorous exploration of any new proposals in respect of the company’s deciduous fruit processing operations while securing the jobs of 250 permanent employees and 4 300 seasonal workers directly employed by L&AF for a further season,” Doyle said.

Cosatu added that it had also found alternatives to shutting down the facility, such as facilitating meetings between the unions, Tiger Brands’ management, the Commission for Conciliation, Mediation and Arbitration and the Unemployment Insurance Fund.

Other steps the group took to prevent the closure included roping in specialists to explain what the alternatives are, while also engaging with the government and shareholders, as well as linking the growers consortium to possible public and private sector sources of funding.

Cosatu thanked the Department of Trade Industry and Competition, Department of Agriculture, Land Reform and Rural Development, as well as development finance institutions for the roles they’ve been playing in trying to prevent the closure.