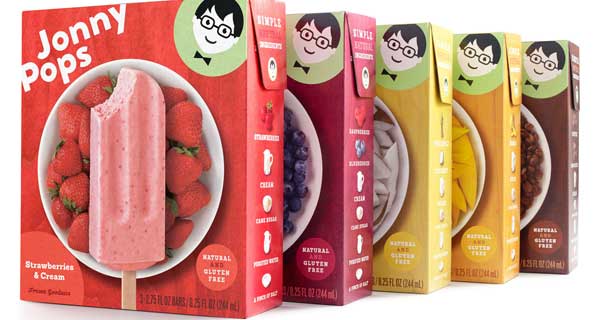 Viva young, clever talent! In the US, the F&B industries are embracing millennials for more than just their buying power. In the seventh iteration of Forbes’ annual ’30 Under 30 List’, 14 FMCG innovators and entrepreneurs were recognised for being young adults who made major contributions to food and drink innovation in 2017/2018.

Out of the 600 bright millennial minds honoured across all 20 segments of the 30 Under 30 List, 23 innovators were highlighted for their work in the food and beverage industry — either for a brand, in retail or within a related industry.

In all, they were recognised for being “game-changers” in their respective industries. According to the publication, the acceptance rate to the list is under four percent.

Within food and drink, Daniel Kurzrock and Jordan Schwartz, the co-founders of granola bar company Regrained, made the exclusive list.

The brand works with mid-size breweries to turn their spent grain into food products to help eliminate waste for beer makers who don’t send their by-products to farms for livestock feed.

“We couldn’t be more stoked to receive this honour! It’s truly surreal,” Schwartz told NOSH. “We are humbled by what’s still to come as we elevate SuperGrain+ to the hero status it deserves.

“We’re going to close this loop in a meaningful way and enable our food system to do more with less—reducing waste and feeding people simultaneously. We’re confident that’s something we can all raise a glass to.”

This year’s honorees reflect the growing popularity of trends such as clean eating and natural ingredients, but also the movement to reduce food waste across CPG through innovations in both products and production methods.

The full list of Forbes’ picks in the food and beverage industry include:

Ayesha Curry, 28, chef-personality: The food personality is not only the author of a bestselling cookbook, but also the owner of Homemade, a meal kit company, and brand ambassador for Zupa Noma.

Mike Dee and Nick Devane, 27 and 26, respectively, co-founders of Foodworks: This Northeast-based duo has created a community-focused incubator program that helps provide resources for food entrepreneurs to scale their businesses.

Armed with $16-million in funding, the company is currently in four locations and is planning to expand into the Chicago and Dallas markets as well.

Erik Brust and Connor Wray, 25, co-founders of JonnyPops (feature pic above): While some businesses are staying clear of novelty items, these entrepreneurs think they have what it takes to warm up the category with their smoothies on a stick. The line is sold in retailers like Kroger, Target, Walmart and Costco.

Graham and Max Fortgang, 25 and 27, respectively, co-founders of Matcha Bar: The brothers started MatchaBar in 2014 as a cafe located in Brooklyn. The brand now has three locations and a ready-to-drink line that is distributed in Whole Foods Market nationwide.

Daniel Kurzrock and Jordan Schwartz, 27, co-founders of Regrained: The company is looking to make the waste from breweries, known as spent grain, into a viable food ingredient. Through its patent-pending technology, the brand turns this byproduct into a nutrient-dense flour that they use in their bar line.

Amy and Jackie Zitelman, 28 and 29, respectively, co-founders of Soom Foods: These sisters are running what has become the largest US purveyor of premium tahini. The Pennsylvania-based company, which launched in 2013, sells jars to consumers and also supplies restaurants directly.

Michael Tierney, 28, founder of Mikey’s: The young entrepreneur founded his gluten-free, paleo-certified baked goods company in 2014, and has since seen sales top $5-million.

His brand’s products include everything from English muffins to tortillas and are sold in 3,500 stores nationwide.

Scott Sundvor, 26, co-founder of Nima: As food recalls caused by unidentified allergens are on the rise, Nima, a portable bluetooth-enabled device, allows consumers to test foods for allergens before they dig in.

The company has raised more than $20-million between venture funding and government grants, Forbes reported.

Sean Henry and Jacob Boudreau, 19 and 20, respectively, co-founders of STORD: The duo cofounded Atlanta-based STORD, which, through software, connects businesses in need of storage and distribution to independent warehouses with excess capacity.

Lisa Curtis, 29, founder of Kuli Kuli: The moringa-focused brand partners with over 1,000 farmers across Ghana, Haiti & Nicaragua. By enabling these farmers to tap into the American market, the company has provided more that $1.5-million in income to women-led farming cooperatives.

Patrick Mateer, 24, founder of Seal the Seasons: The company allows farmers to flash-freeze their local produce to sell to markets year round.

Phil Wong and Anne Yang, 24, co-founders of Misfit Juicery: This brand combats food waste by using oddly shaped, bruised or blemished produce in its cold-pressed juices.. The line is sold across the Northeast in Sweetgreen, Whole Foods Market and Eataly.