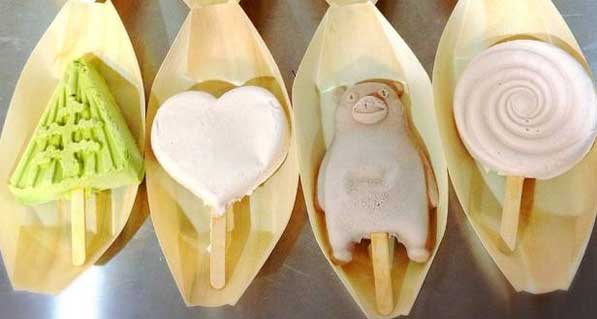 Biotherapy Development Research Center, in Kanazawa, Japan, has discovered a new ingredient that has helped in the creation of a non-melting ice cream product that currently retails in parts of Japan, reports Mintel.

The ice cream innovation, known as Kanazawa Ice, features polyphenols from a strawberry extract—the ingredient that was discovered upon accident when researchers were attempting to make a strawberry dessert.

According to the researchers, strawberry polyphenols work as an emulsifier, keeping the oil and water phases of ice cream from separating. This allows the frozen treat to retain its shape. Local news reports in Japan have confirmed Kanazawa Ice does not melt like traditional ice cream on hot days.

This is not the first time scientists have developed a slower or non-melting ice cream.

In 2015, researchers at the Universities of Edinburgh and Dundee discovered that using a certain protein found in natto, a fermented soybean product from Japan, can help keep ice cream from melting. 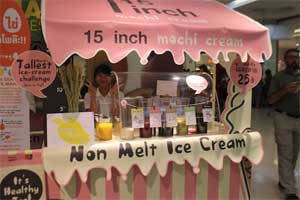 he protein works as an emulsifier, binding the ice cream matrix of fat, air, and water. The protein may also help reduce the formation of ice crystals that can give ice cream a gritty texture.

According to Mintel’s Ice Cream China 2017 report, over a third of ice cream consumers aged 20-49 would be interested in ice cream that is made with new technology (eg slow melting). Additionally, consumers with children in the household are especially keen on the idea as compared to consumers without children.

While non-melting ice cream may intrigue consumers, ingredients like the strawberry polyphenols also provide manufacturers with the potential to improve the shelf-life of ice cream by slowing ice crystal formation.

Although there are other stabiliser and emulsifier ingredients which are widely used by ice cream manufacturers, the new strawberry polyphenol could potentially be used as a natural alternative, considering the origins of the ingredient.

All that said, more research about the functionality of strawberry polyphenol, as well as information about how the ingredient is processed and how it would be labelled on a finished product, is still needed.