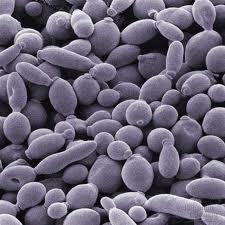 Posted at Thursday, May 12th, 2011 h in Food Science, Technology and Ingredients Stuff by admin 0 Comments

One of the most well-known characteristics of yeast is the ability of Saccharomyces cerevisiae, baker’s yeast, to ferment sugar to 2-carbon components, in particular ethanol, without completely oxidising it to carbon dioxide, even in the presence of oxygen, as many other microbes do. This fermentative ability is essential for the production of wine, beer and many other alcoholic beverages. Why do Saccharomyces yeasts actually do this and what were the driving forces behind the evolution of this phenomenon?

For several years, the yeast molecular genetics group at Lund University in Sweden and their counterparts in Milan have been trying to reconstruct the evolutionary history of ethanol production.

In their recent article published in Nature Communications they compared two wine yeasts, S. cerevisiae and Dekkera bruxellensis, which in nature often occupy a similar niche, using a variety of approaches including comparative genomics which enabled them to add the time dimension to their molecular reconstructions. The two yeasts studied are not very closely related and the two lineages separated more than 200 million years ago.

However, approximately 100-150 million years ago, both yeasts experienced very similar environmental conditions, with the sudden appearance of modern fruits containing high amounts of available sugars, and environmental pressures, such as fierce competition from other microbes. Both lineages, independently and in parallel, developed the ability to make and accumulate ethanol in the presence of oxygen, and resistance to high ethanol concentration, and have been using this ability as a weapon to outcompete other microbes which are very sensitive to ethanol.

Surprisingly, both yeasts used the same molecular tool, global promoter rewiring, to change the regulation pattern of the expression of hundreds of genes involved in sugar degradation.

“Our results now help to reconstruct the original environment and evolutionary trends that operated within the microbial community in the remote past,” says Jure Piskur, who is a professor of molecular genetics at Lund University and at the University of Nova Gorica, Slovenia.

“In addition, we can now use the knowledge we have obtained to develop new yeast strains, which could be beneficial for wine and beer fermentation and in biofuel production.”