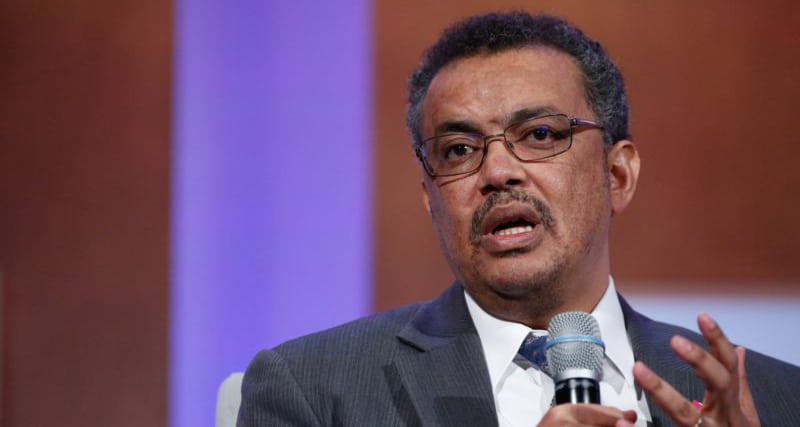 10 May 20 Why the WHO should be scrapped

Posted at Sunday, May 10th, 2020 h in Health and Nutrition Stuff by Clare Neall 0 Comments

It should have been planning for pandemics, but instead it has become obsessed with policing our lifestyles, argues this op-ed. [Provocative but very interesting… Ed]

Opinion is divided on the merits of the World Health Organisation (WHO). For sections of the Western cultural establishment, the WHO possesses a sacred status and it is literally beyond criticism.

The level of adulation directed towards it was underlined recently by a comment from Susan Wojcicki, the CEO of YouTube. She said that anything that contradicts the recommendations of the WHO would be removed from YouTube.

‘Dr Tedros, you’re truly a superstar’, cooed Lady Gaga ahead of the One World concert – an online celebrity-fest extolling the sacred status of the WHO. Tedros Adhanom Ghebreyesus (pictured above), the director-general of the WHO, must have been delighted to have such praise heaped on him and his organisation.

Wojcicki’s insistence that criticism of the WHO constitutes a form of secular blasphemy was echoed by the numerous celebrities and politicians who came together for the One World concert.

Political stars like Michelle Obama vied with celebrities like Beyoncé to demonstrate their affection for the WHO. The event captured the new status that the WHO enjoys in the global culture war.

In contrast to these celebrities, however, there are many critics of the WHO – and its response to the current coronavirus pandemic has been the last straw for them.

It is difficult to avoid the impression that the leadership of the WHO has devoted far more energy to providing a public-relations cover to China’s handling of its coronavirus outbreak than it has to mobilising its own resources to fighting this pandemic.

The WHO’s willingness to turn itself into a propaganda arm of the Chinese state is the main focus of people’s concern with this organisation right now.

However, there is another, arguably more important problem with the WHO, which is that its political agenda is far more interested in changing our way of life than in securing global health.

At its founding in 1948, the WHO’s work was focused on combating infectious diseases such as smallpox. But in recent decades, it has fully embraced and pursued the project of regulating people’s behaviour and lifestyles.

Since the turn of this century, the WHO has expanded its focus, turning towards everything from curbing tobacco and alcohol consumption to promoting campaigns against unsafe sex, obesity and high-cholesterol food.

Its Global Strategy on Diet, Physical Activity and Health, introduced at the World Health Assembly in 2004, has little to say about curing illness. Rather, it is all about getting people to change their behaviour for ‘their own good’.

The paternalistic moralism that pervades the activities of the WHO speaks to the obsessive health puritanism of elite culture.

We saw a striking illustration of this recently, when the WHO issued a circular titled ‘Alcohol does not protect against Covid-19: access should be restricted during lockdown’.

Of course, having a glass of wine with your meal will not protect you from the coronavirus. But why does the WHO assume that the population of the world needs to be reminded of this fact?

But the WHO appears to believe that its limited resources are more usefully spent on communicating its words of wisdom on alcohol consumption…..