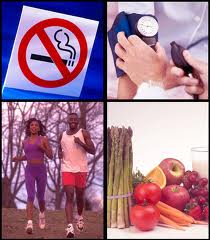 28 Apr 11 WHO warns of enormous burden of chronic disease

Chronic illnesses like cancer, heart disease and diabetes have reached global epidemic proportions and now cause more deaths than all other diseases combined, the World Health Organization (WHO) said this week.

In its first worldwide report on so-called non-communicable diseases, or NCDs, the United Nations health body said the conditions caused more than half of all deaths in 2008 and pose a greater threat than infectious diseases such as malaria, HIV and tuberculosis (TB) — even in many poorer countries.

“The rise of chronic noncommunicable diseases presents an enormous challenge,” WHO Director-General Dr Margaret Chan, who launched the report at a meeting in Moscow, said in a statement.

“For some countries, it is no exaggeration to describe the situation as an impending disaster; a disaster for health, for society, and most of all for national economies,” she said.

NCDs, which include heart disease, lung diseases, cancer and diabetes, accounted for 36 million, or 63 percent, of the 57 million deaths worldwide in 2008. Millions of lives could be saved and much suffering avoided if people did more to avoid risk factors like smoking, drinking and being overweight, the WHO said.

It found that almost 6 million people die from tobacco use every year — both directly from smoking, and indirectly from second-hand smoke. By 2020, this will increase to 7.5 million, 10 percent of all deaths by disease worldwide.

“The NCD epidemic exacts an enormous toll in terms of human suffering and inflicts serious damage to human development in both the social and economic realms,” the WHO report said.

“This state of affairs cannot continue … Unless serious action is taken, the burden of NCDs will reach levels that are beyond the capacity of all stakeholders to manage.”

A special meeting of the United Nations General Assembly is scheduled for September in New York to talk about the rising threat of NCDs, and the WHO’s global status report set out ways to map the epidemic, reduce its major risk factors and improve healthcare for those who already suffer from NCDs.

It said the epidemic was already beyond the capacity of poorer countries to cope, which is why death and disability are rising disproportionately in these countries.

“As the impact of NCDs increases and as populations age, annual NCD deaths are projected to continue to rise worldwide, and the greatest increase is expected to be seen in low- and middle-income regions,” it added.

In many developing countries where the health focus is often on infectious diseases, chronic illnesses are often detected late, when patients need extensive and expensive hospital care.

Most of this care is unaffordable or unavailable, or is covered with out-of-pocket payments which can drive patients and their families into poverty, further risking their health.

Nearly 80 percent of NCD deaths occur in low- and middle-income countries and NCDs are the most frequent causes of death in most countries, except in Africa, the WHO said. Even in Africa, NCDs are rising rapidly and are expected to exceed other diseases as the most common killers by 2020.

The WHO said three priorities for action were surveillance — to monitor chronic diseases; prevention — to tell people about the risks and help them adapt their lifestyle; and healthcare — to improve treatment of those who are sick.