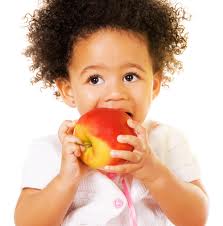 The cost and inaccessibility of healthier food choices are forcing the greater majority of South Africans into an unhealthy lifestyle – it costs on average 69% more to eat healthier food, says a new study on nutrition in SA by specialist researchers.

Norman Temple, a researcher at Athabasca University in Canada, and Nelia Steyn at the Human Sciences Research Council (HSRC) in SA determined the extra cost of a healthy diet by comparing six commonly consumed foods with healthier versions. Their research is published in Nutrition (2011).

On a weight comparison, healthier options were between 30% and 110% more expensive. For example, 100g of reduced-fat margarine cost 58% more than the regular variety and wholewheat bread cost 17% more than white bread.

“For most South Africans a healthy diet is unaffordable … cost is an important factor for South Africans in gaining access to healthier food,” says a summary of the research .

Foods with a high energy density but low nutrient density, say the researchers, could be responsible for the high prevalence of obesity in people of low socioeconomic status.

Obesity is a growing problem in SA. In another scientific study, published in February in The Lancet, a medical journal, researchers found that South Africans were getting fatter faster than the global average. The study by scientists at Imperial College, London, found three-quarters of SA women and two-thirds of SA men were overweight.

Asking people to switch to foods that cost more would likely require a drop in food prices or the introduction of subsidies or incentives, say Temple and Steyn.