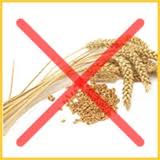 US scientists report an advance towards the development of a pill that could become celiac disease’s counterpart to the lactase pills that people with lactose intolerance can take to eat dairy products without risking digestive upsets. The approach involves an enzyme that breaks down the gluten that causes celiac symptoms.

Justin Siegel, Ingrid Swanson Pultz and colleagues at the University of Washington, Seattle, explain that celiac disease is an autoimmune disorder in which the gluten in wheat, rye or barley products causes inflammation in the digestive tract. Enzymes in the stomach break down gluten into smaller pieces, called peptides. For most people, these peptides are harmless. But for the many millions (2 million-3 million estimated in America) with celiac disease, the peptides trigger an autoimmune response and painful symptoms.

Currently, the only treatment is a gluten-free diet. However, the scientists reasoned that if an enzyme could further break down the offending peptides in the stomach, celiac patients might be able to eat gluten-containing foods.

They describe discovery of a naturally-occurring enzyme that has some of the ideal properties for doing so. The scientists modified the enzyme in the laboratory so that it would meet all the necessary criteria.

The new enzyme (called KumaMax) broke down more than 95 percent of a gluten peptide implicated in celiac disease in acidic conditions like those in the stomach. “These combined properties make the engineered [enzyme] a promising candidate as an oral therapeutic for celiac disease,” say the researchers.

Computational Design of an α-Gliadin Peptidase