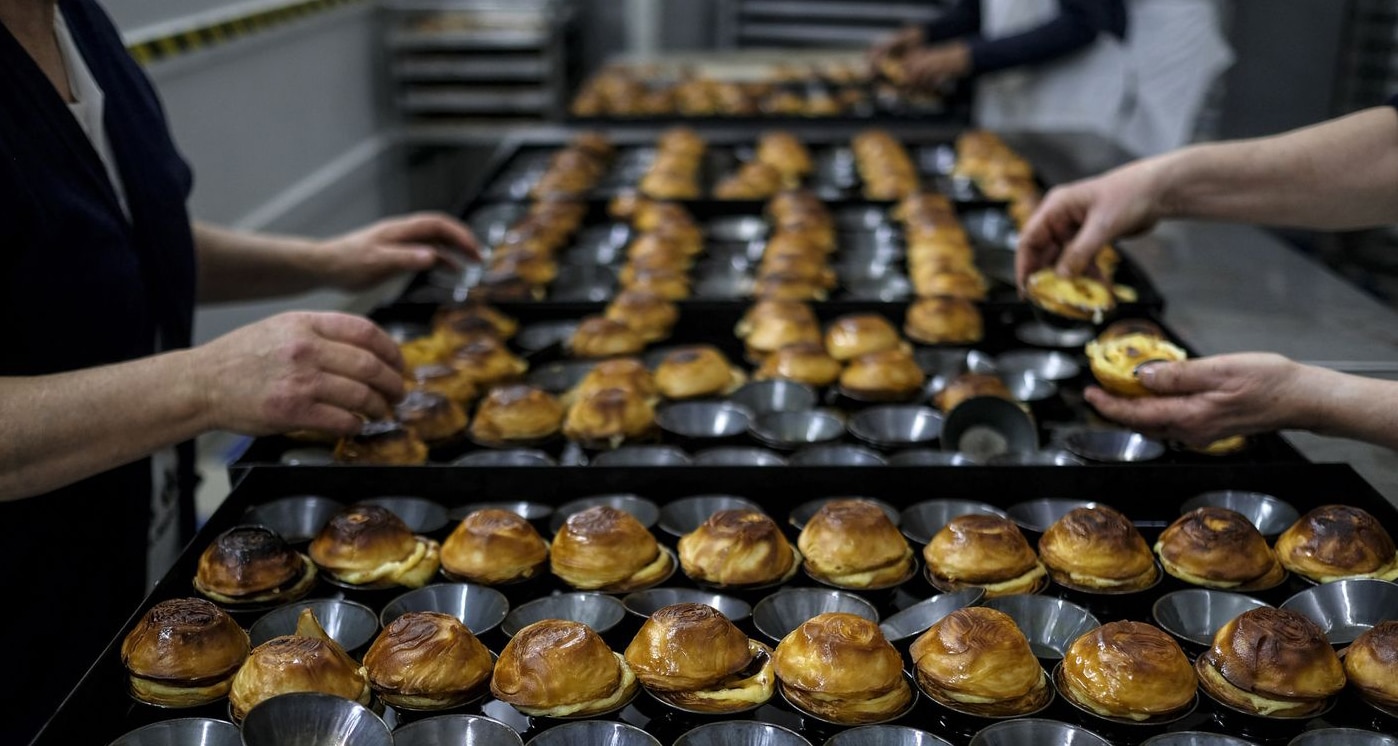 08 Aug 20 The unlikely rise of the pastel de nata

An unlikely dessert, Portugal’s treasured and delicious pastel de nata, is on its way to becoming as globally ubiquitous as the croissant.

Not long ago an authentic pastel de nata — the diminutive egg-custard tart with a crispy crust — required a trip to Portugal. But now they’re popping up in supermarkets, coffee shops and bakeries from Manhattan to Singapore. The pastry even earned its own episode on the Great British Bake Off, the global hit that conquered the world with bunting and scones.

The pastel de nata, which just means cream pastry in Portuguese, has similarly become an international hit, centuries after it was said to have been invented in a Belem monastery by monks.

In Portugal, the simple treat often costs about a euro (R18) at the more famous shops, but they fetch up to £3 in trendy London cafes. One grocer, Lidl, boasted of selling 2,000 nata an hour in the UK in 2018, competing with doughnuts for popularity…..

It’s unclear what exactly sparked the boom, but the pastry ticks a few boxes. Culturally, Portugal is a must-try on an international travellers’ bucket list, and budget Lisbon rents are creating a tech hub for millennials priced out of London and New York.

The treat also fits into a shift toward more-casual, high-quality food — especially items you can grab and go. Add to that the trend for fad desserts; the cronut and the Freakshake.

Perhaps unsurprisingly, the nata’s rise is fueled in part by promotion from the government, which sponsors events like the 2018 Nata Festival in London and funds local businesses.

Exports of Portuguese specialties, meat and livestock to other European countries topped €1bn in 2016, more than doubling in seven years. In the last three years, the Portuguese government has spent €50m per year overseas promoting the country and its products.

But there’s also a more unlikely source of promotion: a tiny business called Nata Pura that sought to do for natas what Dunkin Donuts did for doughnuts. Started in 2013, the company has rapidly expanded, helped by a six-figure investment from Portugal Ventures, an investment firm backed by government agencies.

He knew his Portuguese friends would be furious. The original nata made with eggs, flour, milk and butter was sold for centuries without an alteration, and its recipe was feverishly guarded. But de Albuquerque wasn’t trying to please a Portuguese audience. He was creating a brand of nata he could export to the world with his startup Nata Pura from Asia to Europe, to Latin America and eventually the US.

Nata Pura wasn’t the first to try to export the pastry, but it was the first to do it in such a methodical way, says Susana Costa e Silva, who teaches the company’s strategy as a case study at Portugal’s Catholic University.

The small company — it only had five employees in 2017 — hired marketing and branding professionals, something others hadn’t done, and found foreign partners to help fuel expansion.

The company now sells about 500,000 natas a month in 5,000 stores around the world. More than a third of their business comes from South Korea, where one of their customers, the CVS chain, will offer them in 12,500 stores…..