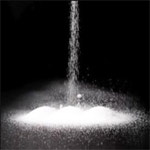 21 Jul 11 The Salt Wars rage on: A chat with nutrition professor Marion Nestle

Is salt bad for us? In just the past few months researchers have published seemingly contradictory studies showing that excess sodium in the diet leads to heart disease, reduces your blood pressure, or has no effect at all. Scientific American interviews one of its advisory board members, Marion Nestle, professor of nutrition, food studies, and public health at New York University and the author of Food Politics, to help parse the latest thinking regarding salt and heart health.

I understand this area is controversial.

Could you take us through some of the controversy?

If you talk to any kidney specialist or anybody working on hypertension they will tell you that the first thing they do is try to lower the amount of salt their patients are eating because it helps with blood pressure control. But if you do a clinical trial where you try to put large amounts of people on a low-salt diet, you just don’t see much difference between the people who say they eat a lot of salt and the people who say they don’t eat a lot of salt. In clinical trials the relationship doesn’t show up.

Two reasons: One that it’s impossible to put a population of people on a low-salt diet. Roughly 80 percent of the salt in the American food supply is in foods before people eat them—either in processed food or in restaurant food. Because so much salt is added to the food supply and because so many people eat out, it’s impossible to find a population of people who are eating a low-salt diet. They basically don’t exist.

In the one comparative epidemiological study they did some years ago—the Intersalt study—they managed to find two populations of people in remote areas of the jungle someplace who weren’t eating a lot of processed foods and who weren’t eating in restaurants. They were on a low-salt diet, and they never developed hypertension.

So in that trial did they put one group on a high-salt diet and put one on a low-salt diet?

So except for people living in the jungle somewhere, there aren’t any populations on Earth that are eating a low amount of salt?

Not anymore. Maybe we used to be, but not anymore. We have a global food supply, so it’s impossible to do a really careful study.

What’s the other issue?

So you have this curious anomaly where whenever you do a clinical trial you get these complicated, difficult-to-interpret results that don’t show much of an effect. But everybody who works with patients who have hypertension think they do better [on a low-salt diet]. And every committee, body and group that has ever in my lifetime considered whether salt has anything to do with hypertension says, “yes,” and has recommended salt reduction as a public health measure. That’s the curious situation that we are in.

There’s one other wrinkle and has to do with people’s taste for salt. Campbell’s soup, for example, just announced yesterday that [they] can’t sell low-sodium soups and so they’re adding salt back. And part of the reason they can’t sell it is that if you’re on a high-salt diet, food that isn’t salty tastes terrible to you. And if you’re on a low-salt diet it takes three to six weeks to get accustomed to being on a low-salt diet, and then everything you eat tastes salty. And so the more salt in the food supply the more salt people need to bring the flavour you associate with salt. That complicates things, too.

So from a public health standpoint, if you want to deal with the percentage of the population that seems to be extremely responsive to a low-salt diet, what you want to do is get the sodium level in the food supply as low as you can. And that makes the people who sell salty food go nuts. And it makes the people who like salty foods go nuts. They think the food tastes bland. And so there are different stakeholders in this system who have very different views, and that accounts for the level of passion, I think, in a situation where the science is murky……