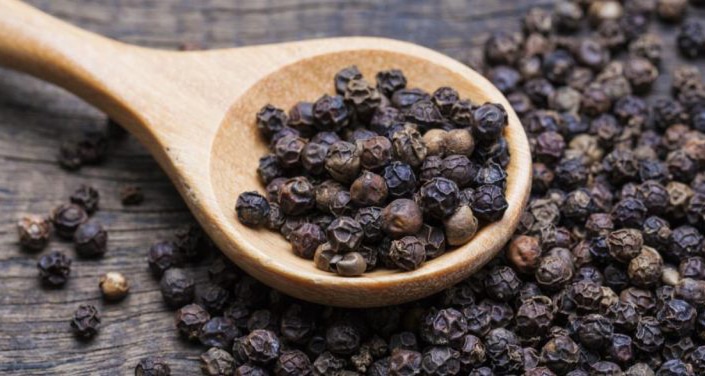 Labels are honest, right? Surely, we can trust what’s on them? All too often, our scepticism is justified by the articles we see in the news. And no wonder; it’s estimated that about a fourth of the world’s food supply is adulterated – and black pepper is no exception. Here are some insights from Stellenbosch consultancy Food & Allergy Consulting & Testing Services (FACTS SA).

When a substance or non-food item is added to a food to increase the quantity of that food, this is known as adulteration. Whether the adulteration is intentional or unintentional/accidental, it reduces the quality of the food, and may pose health risks to the consumer.

Adulteration commonly occurs as a result of economic fraud, carelessness, lack of proper hygiene or malicious food tampering. However, the most common incentive is so that the food can be more competitive on the market, by lowering costs and generating higher profits.

Pepper has been named the world’s most important spice – popular for its distinctive taste, aroma and versatility. At one time worth its weight in gold, pepper now accounts for around 35% of the total world spice trade. Because of its economic value, black pepper has been shown to be susceptible to food fraud.

Papaya seeds are often used as an adulterant for black pepper, due to their high availability, low cost and morphological similarities (in both whole and powdered form). But although papaya seed and black peppercorns appear nearly identical to the naked eye, microscopic techniques have proved useful for discriminating between these two commodities.

The typical microscopic feature of black pepper is a continuous inner cell layer that can be seen when the peppercorn is dissected. This is unlike the papaya seed, which has a crenellated or wavy inner cell layer.

Microscopic techniques have proved useful for screening – not only of whole black peppercorns, but of coarsely and finely ground black pepper too. Black pepper has brown exocarp tissue, blue-grey endosperm tissue, and stone cells that are angular and oblong in shape. These features can be used for identification purposes when screening a sample.

Coffee-bean skins, millet, ground-up stones, black pepper husk and defatted spent material are other substances reported to be used as adulterants of black pepper. These too can be identified with microscopy.

The microscopic or histological investigation of black pepper and other spices early in the processing cycle can provide the producer with valuable information, assisting in the actioning of timely corrective measures should an adulterated ingredient be detected.

FACTS offers an array of detection tests for herb and spice adulteration. If you’re interested in testing the purity of your black pepper, contact them here.