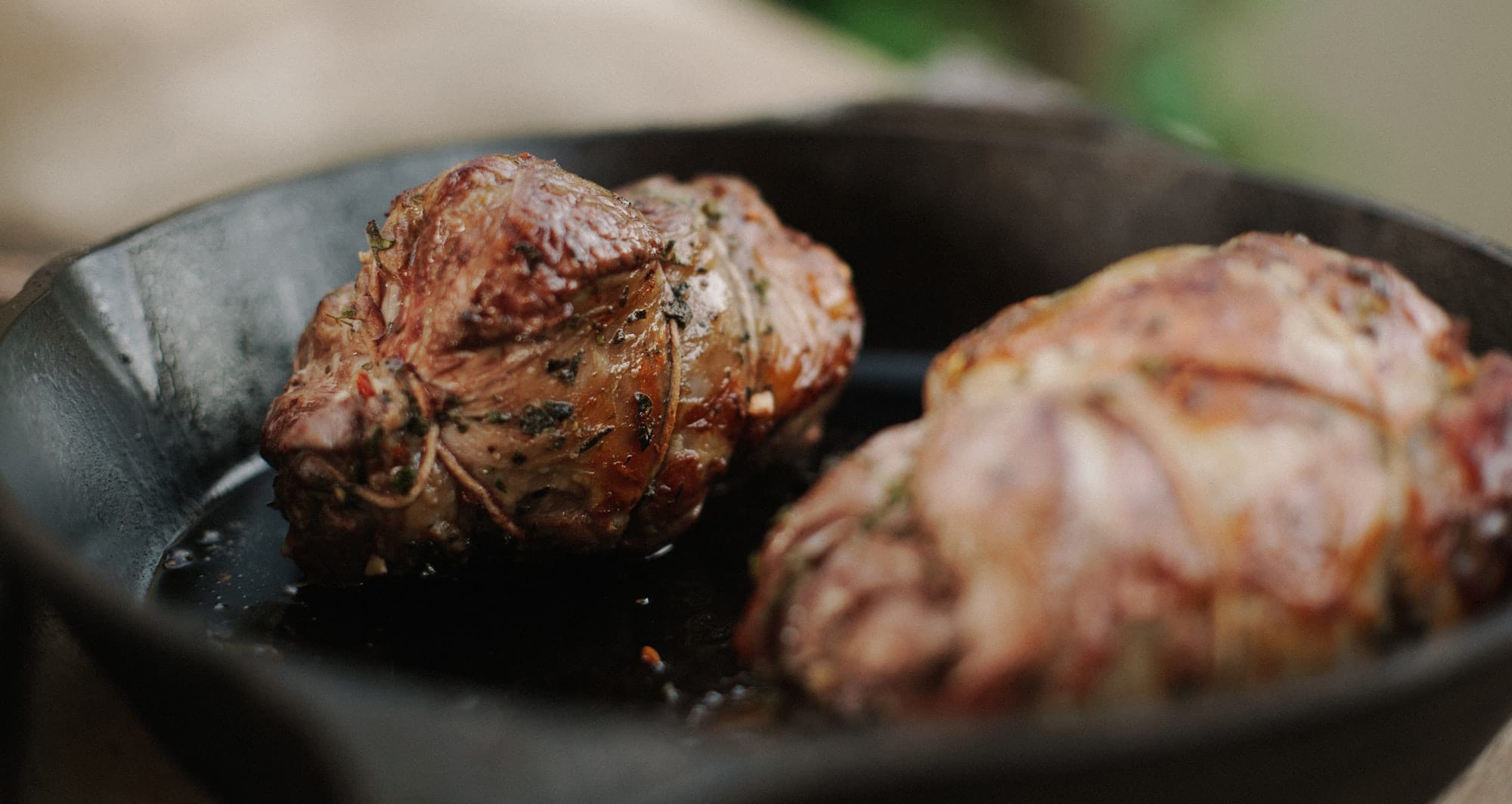 “Around the world people are thinking differently about their relationship with meat. For some this means going vegan, for others this comes down to being more deliberate and considered about what meat is consumed,” says Cherry.

“Nose-to-tail means that it’s not just the prime cuts of meat that are valued, but rather every part of an animal; hooves, nose, feet, tail, ears, heart, brains…everything.

“This probably sounds like a pretty radical adjustment for some, but for a country that has a love affair with boerewors (an offal sausage), smileys (BBQ sheep’s head), walkie-talkies (BBQ chicken feet), skilpadjies (sheep liver wrapped in bacon) – who better to teach the world about proper nose-to-tail eating than South Africans.”

“We’re the world champions of whole animal eating and cooking!“

“In Xhosa culture, the entire process make up the cuisine – from the slaughtering, the preparation and cleaning of the raw offal, the cooking and finally, the eating.”

The offal is usually prepared and cleaned around a large black pot of boiling water, set over a fire, he explains. The water is used to soak the stomach lining in, which makes cleaning and scraping the tripe easier. The fire also heats long, steel irons that are used to scorch hairs from the head and trotters.

“Often, delicious bits like ears are braaied and eaten around the fire while prepping the rest of the offal,” Ncumisa says. There is nothing that goes to waste.

This trend is not just being driven by earth-conscious hipsters looking for something new to wash down with a craft beer, medical experts are trumpeting the health benefits of organ meat as a part of a High Fat Low Carb (HFLC) diet.