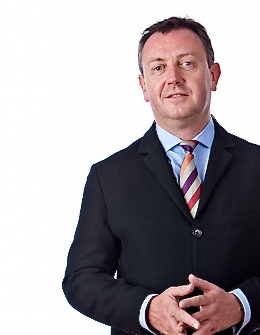 Protein is one of the growth ingredients of the future. But the sources of that growth may not be what we expect them to be, comment and insights from Julian Mellentin, founder of New Nutrition Business.

Protein is slowly starting to benefit from increased “consumer pull” as the most health-conscious consumers become more aware of the benefits of protein in the diet –  for weight management, for example – driven by a wide range of influences, such as the publicity surrounding the publication of the world’s largest diet study, called Diogenes. It found that high-protein, low-glycemic index (GI) diets were the most effective for weight management. The researchers recommendation is a higher intake of (high quality) protein than current guidelines recommend.

At the same time producers of protein, and in particular the dairy industry with its huge annual output of whey proteins, are working hard to find ways to take protein out of the body-builder and elite athlete niche and into wider consumer markets – as yet without any major successes.

Industry’s focus is on getting proteins formulated into more bars and beverages.

But what if these are the wrong formats? What if the biggest opportunity lay in other formats?

The biggest opportunity in fact seems to lie where few people are looking – except possibly the consumer.

Protein makes most sense to consumers as a significant part of a meal. That’s because of the power of history, custom and culture. Red meat, chicken, fish – proteins are primarily consumed as “meal-centres”.

A focus on meal-centres is one of the key reasons for the success of one of the industry’s greatest innovations of the last 50 years, the “fifth protein”, marketed to consumers under the brand name Quorn.

Quorn was created back in the 1960s. It is based on a totally new type of protein, mycoprotein, not taken from an animal, but produced by fermentation of a soil organism called Fusarium sp. A3/5.

If that sounds “too weird” and hard for consumers to swallow, it’s worth remembering that since Quorn was launched in the early 1990s it has grown to become a profitable brand on sale in 10 countries with retail sales in excess of $269 million (€194 million).

And Quorn has achieved this despite scant marketing investment – and despite selling a protein manufactured from a soil fungus.

Quorn overcame the weirdness because its marketers did not rely on technology push – they also worked hard to create consumer pull. A significant part of Quorn’s success stems from NPD efforts that have presented it in forms such as ready meals, escalopes, schnitzels and the like which are familiar and acceptable to consumers.

Quorn may, for now, be unique, but the growing confluence of global trends and new technologies is driving new opportunities for such alternatives to animal proteins.

Consumer pull is one driver: the growing middle class in China, India and Brazil is buying more protein, straining supplies and pushing up the prices of traditional proteins. In 2010 global meat prices hit a 20-year high – and the UN Food and Agriculture Organisation sees higher demand for protein and higher prices being the “new normal” for this decade.

Technology push the other drive. One example is Solazyme-Roquette Nutritionals, a joint venture set up to build a manufacturing plant that can produce thousands of tonnes of food ingredients by fermenting microalgae.

Consumer pull will be strongest where protein is in the formats where people most expect to find protein. Quorn shows that the most health-conscious consumers will also be willing to accept new proteins – even proteins produced by fermentation – provided that they taste good, are healthy and look “like real food”.