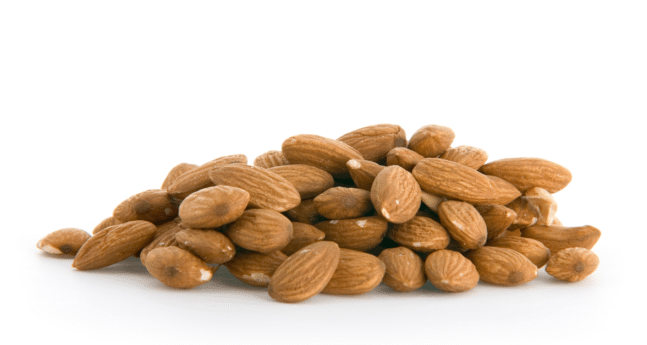 While dried almonds may appear to be one of the “safer” foods, they’re actually prone to contamination by harmful bacteria. A simple new process could prevent this, while also boosting shelf life.

Researchers at the Fraunhofer Institute for Environment, Safety, and Energy Technology UMSICHT have developed a process to kill pathogens on almonds and nuts by using compressed carbon dioxide.

The advantage of this process is that almonds retain their characteristic flavour and quality. Almonds are decontaminated and impregnated with antimicrobial oils using compressed carbon dioxide in a high-pressure autoclave. The oil extract coats the almond, making it difficult for further contamination of the nuts.

Without processing, almonds and other nuts may be contaminated with salmonella and these bacteria can spread to dry foods like flour, baking mixes, dried meats, nuts, fruits and cereals are often paired as ingredients in products with almonds. Thus, if one supplier faces a recall, many items that used the ingredient could be affected.

According to Karen Fuchs, a researcher at Fraunhofer UMSICHT in Oberhausen, “Salmonella can go dormant to survive on almonds. In the process, they produce additional biomass that protects them from desiccation. If water enters the picture, salmonella then proliferate explosively. But it takes just 10 to one hundred of these bacteria to cause food poisoning. Contaminated almonds that make their way into production facilities after harvesting can also contaminate other batches.”

Fuchs and her team carried out tests with Staphylococcus carnosus, a surrogate organism known for an even more resistant reaction than salmonella, showing that the process in the autoclave does not adversely affect the shelf life, rancidity or lipid composition of almonds.

“The oils are not just antibacterial; they also have antioxidant properties. They increase the oxidation potential and extend the shelf life of fats, meaning that almonds are not as quick to go rancid,” says the researcher.

She also said the antibacterial and anti-oxidative properties are not the only potential benefit. Increasing the amount of oils that harmonise well with almonds’ flavour could also add a tasty touch of seasoning. This process also lends itself to other foods. The increased lipid oxidation potential could benefit any food that is prone to oxidation.

“It is common knowledge that pressurised carbon dioxide can kill pathogenic bacteria in liquids such as orange juice. Our research has shown that under certain conditions this also works with dry food,” says Fuchs.

Carbon dioxide is not harmful to the environment or health and can be separated from almonds without a trace of residuals, according to researchers. This does not involve any energy-intensive steps for purification.