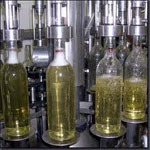 The strong rand is hammering the competitiveness of SA manufacturing. The wine packaging industry is the latest to be hit.

The Simondium bottling plant of FirstCape Vineyards, the biggest exporter of SA wine to the UK, stands idle, with 25 workers laid off.

Two years ago, 30m bottles of wine were bottled locally by FirstCape. Today all of that business has gone offshore. The wine is exported in bulk and bottled in the UK, saving exporters up to R1/bottle in bottling and packaging charges at the current rand exchange rate.

Several other bottling plants are being closed or mothballed. Just outside Stellenbosch, The Company of Wine People is closing its plant and retrenching close on 70 people. Its volumes have halved in two years following the loss of two big accounts that have switched to bulk exports, according to sales and marketing director Chris O’Shea.

The losses across the main players in the packaging industry easily exceed R300m over the past 18 months, says Consol Glass sales and marketing director Dale Carolin.

He says Consol’s wine bottle sales have dived 20% over the past year because of the growing trend for wine exporters to shift out of glass bottles into bulk exports. Nampak Wiegand Glass reports the same experience and is considering retrenchments.

In 2005, only 32% of wine exports left SA in bulk format and it was typically low-value wine. But by June 2011, this had reached 45,6% — a rise of over 65m litres. Higher-value, branded products are increasingly going this route……