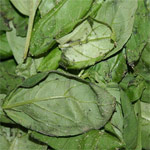 New diagnostic tests for common foodborne pathogens such as Salmonella, Campylobacter, and Escherichia coli may hinder the ability of public health officials to detect multistate outbreaks. The problem is an inability to trace contamination to its source.

In 2009 Alicia Cronquist, an epidemiologist with the Colorado Department of Public Health and Environment noticed that several rural clinics in her state had switched from traditional laboratory tests that relied on growing a culture to rapid nonculture tests.

In the past, when patients were suspected of having certain foodborne illnesses, doctors routinely sent a stool sample to a laboratory, which detected a range of potential bacterial culprits. (Some foodborne infections, like Listeria, are diagnosed with blood tests.) An isolate, or sample of the bacterial colony at fault, would then be forwarded to local, state or federal officials, who had the DNA tested to determine the organism’s specific strain.

The telling DNA sequence, or “fingerprint,” was entered into the PulseNet system so that public health officials could see if samples from other newly diagnosed patients matched the information in the database.

Analysis of when and where people contracted an infection of that specific strain can help lead to the source of contamination, allowing investigators to remedy the situation.

But, Cronquist says, over the course of a year, a clear shift in the types of tests being run in local labs had resulted in much less information being shared with her department. “We saw our surveillance data changing, and by 2010, almost 15 percent of total case reports were using the nonculture tests,” she says.

The new tests do have a lot going for them. They provide quicker results to the physician and patient. They are often less expensive and, in some cases, may not require a stool sample at all. What is more, some of them can spot pathogens that the culture-based tests do not and diagnose more infections.

Tennessee’s state epidemiologist Timothy F Jones notes, for instance, that culture tests for E. coli look for the 0157 strain, which is among the bacteria that produce the Shiga toxin; that strain infamously accounted for the outbreak of food poisoning from spinach this year. “With the new rapid tests,” he says, “we can actually detect the whole class of Shiga-toxin producing bacteria. The rapid test is detecting additional bacteria we would have missed before.”

But adoption of the new tests has meant that health officials, like Cronquist, are not always getting the isolate required to do the DNA fingerprinting that is needed to help identify a source of contamination, such as E. coli in lettuce or salmonella in raw spinach.

In that way, Jones says, “these rapid tests put us back where we were when we didn’t have the ability to do [DNA] fingerprinting.”…..