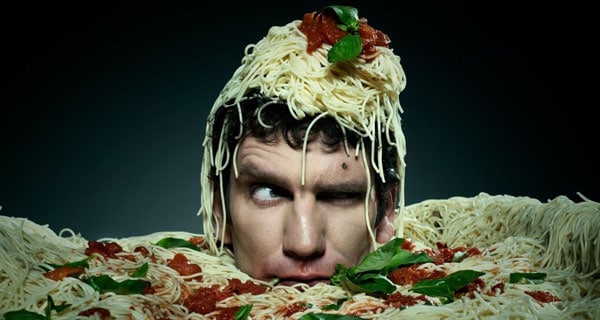 Do you also feel like you’re drowning in new food products? Perhaps I see more than most, but the tsunami of new offerings is reaching new and previously unimaginable heights, writes Johan Jorgensen, founder of Sweden FoodTech, a foodtech acceleration platform.

All aiming to conquer — and perhaps even save — the world, they’re also aiming to replace old and dated products, with quite a few of them supported by the deep pockets of well-heeled investors.

Of the close to $40-billion invested into food tech last year, a total of $6-billion went to product companies. And on top of that, we had $14-billion in exits and IPOs for food products alone.

It can’t be just me who’s starting to feel confused about where the world’s change-energy is directed?

Now, not to confuse anyone: I truly, truly believe that we need to replace many if not most of the food products that we see on the supermarket shelves. The sheer amount of sugar, artificial flavours, strange fats, and additives make you wonder if you’re in a food store or in a chemical warehouse.

Already four years ago the UK broke the 50% hurdle, meaning that more than half of the “food” people bought was ultra-processed.

And the climatic impact of our food industry needs to be brought under control, rapidly. It would be amazing to get rid of the quarter of all greenhouse gases that comes from food production. And to save the 24,000 of the 28,000 (86%) species at risk of extinction that are directly threatened by agriculture.

The business of reformulation includes replacing something with something else such as beef with plant-based products, milk with oat-based drinks, or sugar with novel sweeteners.

And it’s not that I’m against that development – we really, really need the reformulation sector to constantly reach new heights.

What I marvel at, however, is the energy that goes into replacing what goes through the current food system as opposed to building a radically new one.

It’s starting to feel like we’re at saturation levels for certain replacement products but they’re still met with irrational exuberance. You can’t blame the entrepreneurs that have discovered there’s a buck to be made in food for fanning these flames. And do they deserve applause for their work? Of course! But is it long-term interesting? Not as interesting as the other bucket, the restructuring bucket.

First, we need to realise that even the cool, novel products that enter the market to huge fanfare, aided by massive marketing, will eventually go down the same road as the products they’re replacing. That is, they need scalable brand-building, to get their stuff into retail channels (physical or digital) and control costs — preferably continuously driving them down.

This means the same old, industrial logic that built the current food system, though with slightly different products. BECAUSE WE’RE STILL STUCK IN THE SAME OLD SYSTEM!

Yes, we might replace some beef with plant-based products or some milk with grain-based drinks, and we might have slightly better products pushed to consumers with more and savvier marketing than today.

But the overall logic and method will still be the massive, industrial-scale farming of standardized commodities (that’s how you achieve cheap) alongside massive marketing efforts to get us, consumers, to buy and eat the products. The planet will continue to be extracted and the consumer will continue to be the product in the system.

Call me old-fashioned, but I just don’t find the quest described above inspiring enough given the massive potential — and need – to transform a system that sorely needs not just a new paint job but a total re-build.

That’s also why I roll my eyes most of the time I hear the words “food system transformation” because the true transformation that’s needed is so seldom talked about.

Instead, we collectively engage in wishful thinking that the current food system and the current logic will suddenly, through a wave of a magic wand, start delivering a healthy planet and healthy population.

There are of course people and innovations checking the transformation box – the likes of Solar Foods, Mycorena, and Ynsect give us better food through structurally novel methods while up-cycling waste. New farming methods such as Synecoculture and permaculture show us new ways of farming that will affect the food system around them. The global movement fighting for free and qualitative school meals will give kids better food while also positively impacting their education. And what World Central Kitchen does in Ukraine and where chefs have taken on a community leadership role is simply beyond amazing!

Those, together with the ones redefining the fundamental logic of the current food system, constitute the backbone of my hope for a better future.

Yes, I admit that I don’t know what such a system looks like or what type of products or production processes will dominate. But I do know one thing and that is that it will be built by entrepreneurs inventing new logic for how to produce, cook and deliver food to those needing or wanting it while rejuvenating our soils, ecosystems, health and more.

Until those new restructuring entrepreneurs, together with policymakers, chefs and scientists, start to get notable traction, I salute the reformulation entrepreneurs. But once the former gets going, I know where to look for the future.

Source:  www.agfundernews.com, authored by Johan Jorgensen, founder of Sweden FoodTech, a foodtech acceleration platform, and chairman of FundedByMe, one of Europe’s leading equity crowdfunding platforms. Jorgensen was also the organizer of The Big Meet foodtech conference in Stockholm, that took place June 1 -3, 2022.