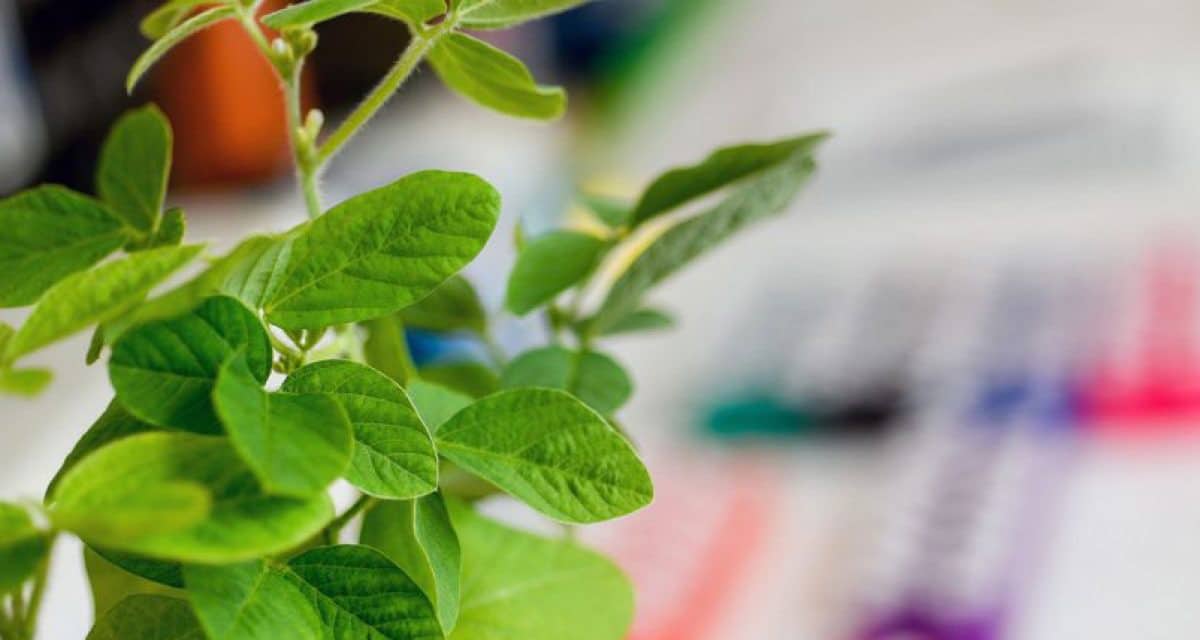 CRISPR-Cas9 gene-editing is one of the most powerful tools available to modern science, but genetically-modified organisms (GMOs) in food are subject to some tight regulations.

Now, CRISPR-Cas9 allows for precise cut-n-paste edits to DNA in living cells. An RNA guide sequence directs the system to the target section of the genome. Once there, an enzyme, usually Cas9, snips out the sequence then deletes it or replaces it with something else.

In this way, scientists can cut out problem genes, such as those that cause disease, or add new beneficial ones, such as giving crops better pest resistance.

For the new study, the researchers tweaked the process to make a “cleaner” edit in plants. It uses a process known as lipofection, where positively-charged lipids are used to build a kind of bubble around the Cas9 and RNA mechanisms.

When injected into the organism, this bubble binds to and fuses with the cellular membrane, which pushes the CRISPR system into the cell itself. The method also uses a Cas9 protein itself, rather than the Cas9 DNA sequence.

The team tested the method by introducing fluorescent proteins into tobacco plants. And sure enough, after 48 hours the edited plants were glowing, indicating it had worked.

The new method has a few advantages over existing ones, the team says. It’s easier to target the desired genetic sequence, and opens up new crops that couldn’t be edited with existing methods. Plus, the protein only lasts for a few days before degrading, which reduces off-target edits.

But the most important advantage is that the resulting crops aren’t considered GMOs. Since the new method doesn’t use Cas9 DNA, it doesn’t introduce foreign DNA into the plant, which is an important distinction.

“This was the first time anyone has come up with a method to deliver the Cas9 protein through lipofection into plant cells,” says Wusheng Liu, lead author of the study. “Our major achievement was to make that happen. Also, since many consumers prefer non-GMO specialty crops, this method delivers the Cas9 protein in a non-GMO manner.”

As useful as genetic engineering can be, the term “GMO” has negative connotations for many people, who believe there are health concerns with eating these crops or meats. Other problems include the chance of modified plants or animals escaping into the wild, where they can spread their new genes to the native population, affecting ecosystems.

As such, the USDA and the FDA have regulations on which edited crops and animals are allowed in food. And they’ve decided that the line is drawn at introducing foreign genes into an organism.

It makes sense. Humans have been genetically-engineering plants and animals for millennia, through selective breeding. Many of our most widely-eaten crops are bigger, tastier, and easier to eat or grow, to the point that they hardly resemble their wild counterparts anymore.

CRISPR and other gene-editing tools can be the next generation of this process. By removing problematic genes or ensuring that specific ones are turned on or off, scientists aren’t really creating anything new. Some individuals naturally have mutations that do the same thing – all the scientists are really doing is removing the element of chance, genetically…..