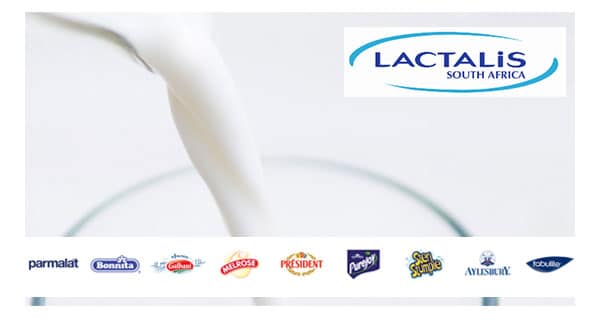 Lactalis Southern Africa (LSA), part of the international Lactalis Group and formerly known as Parmalat SA, has a new boss….

He is Alban Damour (left), who took over as the new general manager of Lactalis Southern Africa, effective as of 1 December 2021.

With a Bachelor’s Degree in Total Quality Management, and Master Degree in Biochemistry and Food Engineering, Damour has been employed by the Lactalis Group since 2003 and worked across the world in France, the USA, and Italy prior to his appointment as the industrial director for the Lactalis Group’s TAM (Turkey, Africa and Middle East) division.

As part of its executive reshuffling, Lactalis has announced his predecessor, Marek Warzywoda, will soon take on new challenges within the group.

“Lactalis South Africa thanks Marek for his commitment to our business, leadership, guidance and support during challenging Covid times,” stated the company.

The new GM says the local business boasts “several fantastic assets, including the people, the brands, and the know-how we have. Our ultimate goal is to become the leader in each market dairy category. Diversity, innovation, sustainability, consumers and customer satisfaction will be the keys to unlock and secure our future successes”.

It was recently announced that Lactalis CEO Philippe Palazzi was leaving the French dairy giant and the number one cheese maker in the world after only 13 months in the role due to what appears to be differences over the group’s strategy.

Palazzi’s departure comes after only 13 months in the chief executive role. A successor has not yet been named.

Irreconcilable differences of opinion between Palazzi and Emmanuel Besnier, president and controlling shareholder of the group, were also cited in another report.