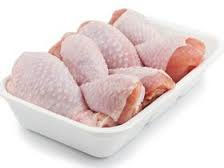 Following months of hostile clucking between chicken producers and chicken importers, government has finally acknowledged that the industry is threatened by cheap imports and has imposed a new import tariff regime on it – effective September 30.

Trade minister, Rob Davies raised the poultry import tariffs by an average 8.75 percent, saying the higher duties were necessary to raise local production and save jobs in the industry.

“The roast chickens you will have at your dinner table, you can now pay a little bit more and you can all help ensure that there’s job creation in South Africa,” Davies said.

While the tariff duties for whole chickens rose from 27 percent to the maximum 82 percent allowed under World Trade Organisation rules, increases for other categories of chicken — specifically those usually consumed by lower income households — were much lower.

This means that of all the chicken meat imported into South Africa, just 30% will be affected by the new tariff regime, according to research from the Bureau for Food and Agricultural Policy. Imports from the EU are protected by a free trade agreement according to which chicken meat incurs no import duties.

In the key area of ‘bone-in’ or IQF chicken, which accounts for 70% of domestic production and 54% of imports over the past 12 months, tariffs have been increased from 17% to 37%. This is less than the 56% requested by the SA Poultry Association (SAPA) and equates to an extra 200 cents per kg above the current 220 cent per kg duty.

SOUTH African poultry producers are basking in their victory at achieving significant customs duty increases on imported chicken. But, they say, the main battle — over alleged European Union (EU) dumping — still lies ahead.

CEO of the South African Poultry Association Kevin Lovell said on Tuesday he was “happy with what we got” from the state’s International Trade Administration Commission of South Africa.

“On two of the five categories of chicken — boneless cuts and whole birds — we got what we asked for. On the other three categories — bone-in portions, offal and carcasses — the duty increases were less than we asked for but were acceptable,” Mr Lovell said.

But he added that “we won’t have finished our work” until the application against alleged dumping of chicken in South Africa by the EU has been dealt with….