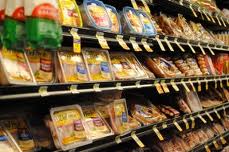 26 May 11 Food preservatives: what’s natural may not be that safe

Posted at Thursday, May 26th, 2011 h in Food Science, Technology and Ingredients Stuff by admin 0 Comments

Retailers like clean labels, and if not clean, they like ‘natural’. Or at least the consumer does, although the man in the street would be hard-pressed to discriminate between natural and artificial. Come to think of it, so would most retailers. However, consumer trends drive the market, so the race to develop effective natural preservatives is on.

There is no shortage of potential suppliers for natural ingredients: oregano, rosemary, thyme, clove, cinnamon, green tea, mustard, grapes, egg white, milk and even crawfish. Although there are natural preservatives on the market, do we know if they work in all products against all organisms? And to what degree? Perhaps we do to some extent, but nowhere near what we know about the ‘chemical’ preservatives.

Bacteria epitomise the ‘small but powerful’ assertion; composting an entire elephant, fertilising a tree and even lighting up the oceans in an eerie glow. Recent research has shown that bacteria are not just the sum of their numbers, but can even signal to each other to band together in a phenomenon called ‘quorum sensing’ (Bacteria are incredibly smart). This phenomenon, microbiologists have discovered, means that that bacteria don’t just eat, increase in size and multiply – they talk to each other (using molecules) so they can collectively decide how best to behave in present company. Listeria and clostridium are no exception.

The fatality rate when infected by Listeria monocytogenes is 25%; Salmonella is less than 1%. Pasteurization and sufficient cooking do kill listeria; but contamination may occur after cooking and before packaging. Producers of ready-to-eat foods, such as hot dogs and deli meats, must follow extensive sanitation policies and procedures to prevent listeria contamination.

Clostridium botulinim, is a neurotoxin, which, as the name suggests – causes botulism, with a mortality rate as high as 10%. Commercial heat pasteurization (vacuum packed pasteurized products and hot smoked products) may not be sufficient to kill all spores and therefore safety of these products must be based on preventing growth and toxin production.

It is interesting to note that Wikipedia classifies the preservatives calcium propionate, sodium nitrate, sodium nitrite and the sulphites under the heading ‘Artificial food additives’. Irrespective of the fact that a molecule of a substance should be the same regardless of its origin, it seems that ‘where you come from’ overshadows what you actually are.

However you could also argue that sodium chloride, albeit manufactured in natural surroundings, is a molecule with two substances that are considered detrimental to health: sodium and chlorine (not to mention their collective effect on hypertension). But there is a limit to what the consumer will tolerate, and it seems that no salt on a burger is not something they’ll adopt in the near future. Blandness is too high a cost.

Although not strictly ‘natural’, the recent introduction of new co-spray-dried acetates provides a very high degree of food safety. The acetate formulation is a 50/50 composition of sodium lactate and sodium acetate. It is manufactured under the brand name Provian by Kemira of Holland.

Although both components of Kemira Provian contain sodium, the use of this preservative actually allows for a decrease in total salt, without a loss in taste. Proven effective against listeria, it is being increasingly used by large meat processors globally, encouraged by the additional benefits of a cleaner label and lower cost with no effect on sensory parameters, such as taste, odour and mouth feel.

Kemira Provian can be obtained in Southern Africa from IFI in Johannesburg.