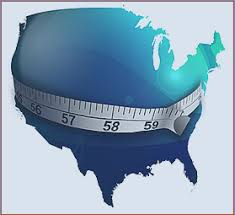 The Making of the Obesity Epidemic: How Food Activism Led Public Health Astray

In the 1990s, many public health advocates homed in on food availability as a significant influence on obesity. Major anti-obesity campaigns now center on radically remaking school and neighbourhood food environments by reducing access to unhealthy foods and improving access to healthy ones. With this approach advocates have fostered a reductive story about obesity that appeals to liberal audiences but doesn’t comport particularly well with the evidence.

With Americans eating increasing quantities of cheap and abundant food, scientists sounded the alarm. “It is clear that weight control is a major public health problem,” Dr. Lester Breslow, a leading researcher, warned at the annual meeting of the western branch of the American Public Health Association (APHA). At the national meeting of the APHA later that year, experts called obesity “America’s No. 1 health problem.”

The year was 1952. There was exactly one McDonald’s in all of America, an entire six-pack of Coca-Cola contained fewer ounces of soda than a single Super Big Gulp today, and less than 10 percent of the population was obese.

In the three decades that followed, the number of McDonald’s restaurants would rise to nearly 8,000 in 32 countries around the world, sales of soda pop and junk food would explode — and yet, against the fears and predictions of public health experts, obesity in the United States hardly budged. The adult obesity rate was 13.4 percent in 1960. In 1980, it was 15 percent. If fast food was making us fatter, it wasn’t by very much.

Then, somewhat inexplicably, obesity took off. By 1994, the national obesity rate had hit 23 percent, and studies connected obesity with rising levels of heart disease, diabetes, and other serious illnesses. By 2005, 34 percent of all adults, half of all African American women, and 15 percent of all American children were obese.

Today, there is little agreement among scientists as to why obesity rates remained flat for so long, or why they then spiked so dramatically after 1980. While there is broad consensus that increased consumption of calories is behind the rise of obesity, there is no consensus about what drove this consumption. Just as the causes of America’s declining crime rate remain highly contested, scientists have identified a tangle of bio-psycho-social factors behind the rise in obesity, from cheap corn to the breakdown of traditional eating rituals to the decline of smoking.

And yet, over the past decade, more than a few pundits, philanthropists, and advocates have homed in on the idea that the proliferation of fast, cheap, and unhealthy foods had a significant impact on the rise of obesity; that the industrialization and subsidization of agriculture had made foods artificially inexpensive, and food companies responded by supersizing and vastly expanding snack and beverage options.

Like the tobacco industry before it, the food industry­­ was profiting by selling slickly marketed products that were dangerously addictive, particularly for the poor, who lacked grocery stores offering healthier food options. Much of the American public health and medical establishment came to believe that one of the most powerful ways to overcome the epidemic was to radically remake our school and neighbourhood food environments­­, reducing­­ access to unhealthy foods and increasing access to healthy ones.

But in their rush to condemn corporate agribusiness, food marketers, and neighbourhood food environments, public health advocates have too often allowed their policy and ideological preferences to race ahead of the science. This has fostered a reductive story about obesity that appeals to liberal audiences but doesn’t comport particularly well with much of what we know about why people choose to eat unhealthy foods, what the health consequences of being overweight or obese actually are, or why health outcomes associated with obesity are so much worse among some populations than others.

Against the current popular discourse, obesity is better understood as an unintended consequence of affluence than as a disease epidemic. It is not going to be eradicated like polio but rather managed more or less well. While there is nothing wrong with promoting healthy eating, the dominant framing of the obesity problem has led the public health community to pursue unproven strategies, like the transformation of the American food system, while distracting our attention away from interventions that are proven to benefit the health and life outcomes of those Americans threatened by obesity…..

This article has generated much comment, and even garnered the attention of the chattering classes. Left-leaning columnist Marc Ambinder of The Week notes: Liberal activists should read it. It’s uncomfortable because it suggests that our beliefs do not comport with the science, and our preferred solutions are tied to a conception of the good life, rather than a realistic appraisal of how life is actually lived.

Meghan McArdle of The Daily Beast takes a related but subtly different approach. Against those like Michael Tomasky who say that freedom to choose should not exist or those who claim that we have somehow “evolved” a need to be controlled, McArdle argues:

But though overweight people are choosing what to eat in the face of genetic differences in hunger and metabolism, that doesn’t mean we can say that they are not making a choice—that in some sense, they would really like the rest of us to take away their pasta and keep them on a diet of cabbage and carrots. Nor that they are victims of a broken food distribution system, or advertising mind control.

But don’t expect the anti-food view to die quickly. At the conservative National Review, policy writer Reihan Salam posits that the author “neglects the idea that carbohydrates [sugar and starch] might actually have addictive properties.”

Researchers from Cambridge may have found “no conclusive evidence of a human withdrawal syndrome for foods” and that “criteria for substance dependence translate poorly to food-related behaviours,” but don’t expect evidence that the activist crusade is misguided to stop it, comments the Center for Consumer Freedom.