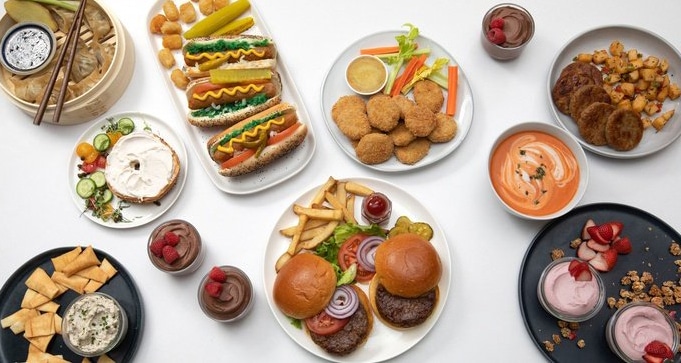 Fermentation has gone beyond the yohgurts and beer of yesterday to become vital to the food of tomorrow. The 72-page report published by the alternative protein industry group takes a close look at the different fermentation types and technologies, companies that use fermentation to make different products and what they make, investments in the space, and science and technology opportunities.

For years, Quorn had been the only player in the fermentation-for-animal-alternatives space. Quorn, which began as a food science project born from British food company Rank Hovas McDougal and is now owned by Monde Nissin, said last year it served 5 billion meals worldwide in its 35 years. The company uses fermentation of mycoprotein, a fungus-based culture, to make frozen meat and cheese substitutes for chicken.

It’s now just the oldest player in what the report calls “biomass fermentation” — a fermentation process that harnesses microorganisms’ quick growth rate, which can create protein-rich food products much faster than those coming from traditional animals. The report states that biomass fermentation can be used to efficiently produce enough protein for the entire world, helping end malnutrition and reducing environmental impacts of animal-based food production.

“Fermentation is powering a new wave of alternative protein products with huge potential for improving flavour, sustainability, and production efficiency. Investors and innovators recognise this market potential, leading to a surge of activity in fermentation as an enabling platform for the alternative protein industry as a whole,” says Dr. Liz Specht, associate director of science and technology at GFI.

Nature’s Fynd — previously known as Sustainable Bioproducts — raised $80-million and started production in a 35,000-square-foot facility in Chicago this year. It is working to create a variety of products from a fungal bacteria found living in harsh environmental conditions in Yellowstone National Park.

Meati uses a fermentation method in which its cultures are submerged in a broth to mimic whole-cut meats. And Air Protein’s biomass fermentation helps turn proteins that can be produced out of carbon dioxide into an actual edible item.

These include Perfect Day, which has raised $300-million in two funding rounds since December for its animal-free dairy proteins. Other precision fermentation companies include Motif FoodWorks, which raised $118.3-million to recreate proteins in dairy, meat and eggs for use in plant-based foods in funding rounds last year. Impossible Foods’ plant-based heme is also produced through precision fermentation.

Fermentation’s place in alternative proteins shows how the industry is able to think outside of the box. Using an age-old process that has made traditional foods like beer and kimchi, this segment has worked with it to create something that is in high demand and on the cutting edge of new trends.

The GFI projects that fermentation-based companies will use their products to enhance, improve and lower production costs for both plant-based and cell-based meat.