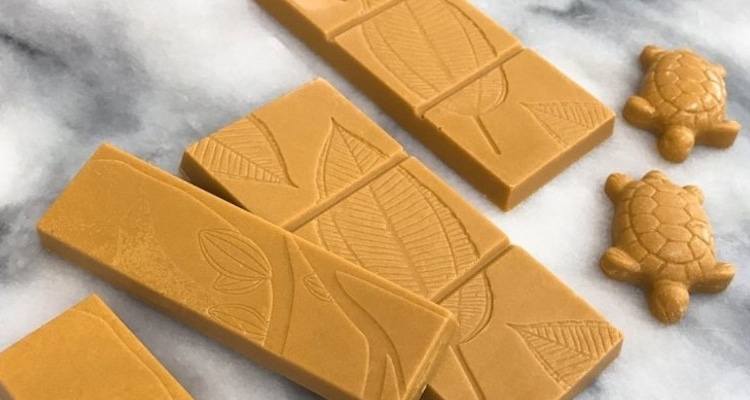 An Australian ingredients company has isolated a sugarcane extract called Saccharum officinarum to create a golden chocolate with a better-for-you nutritional profile.

The Product Makers (TPM) company sells its gold-coloured extract under the brand name Phytolin Plus which is made with TPM’s patented Modulex ingredient as well as supplemental fibre and protein.

TPM discovered this sugarcane extract that helps control blood glucose levels in 2018 through a research and development process that was partially funded by the Australian government.

According to the company, these extracts are also polyphenol-rich, high in anti-oxidants, rich in minerals/nutrients & potent anti-inflammatories. When used to make chocolate, which the company accomplished by introducing the natural colourant into white chocolate, the extract creates an end product that is comprised of 16% total sugar as compared to conventional white chocolate which is generally made up of 45% sugar.

This golden formulation also increases the chocolate protein content from 10% to 13% and fibre from 12% to 14%.

TPM’s sugarcane extract can function as a natural sweetener in addition to its function as a colourant due to the presence of sucrose, glucose and fructose in the extract that is derived from sugarcane’s natural sugars.

Golden chocolate is not a new phenomenon. Two years ago, Barry Callebaut released a golden caramel chocolate as a part of its premium Belgian chocolate range because “consumers are prepared to pay more,” according to market research cited by the company.

By producing an extract that allows confectioners to create chocolate that can not only reach a higher market value among consumers but that can produce products with an improved nutritional profile, TPM may have hit the jackpot. Traditional ‘junk foods’ have received a better-for-you makeover in recent years as consumers look for cleaner labels and healthier alternatives to familiar treats,