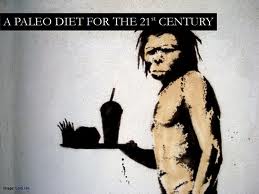 From the paleolithic diet to the raw food diet, many health-conscious people now want to eat the way they believe our ancient ancestors ate. But some of these dietary prescriptions make little sense for modern humans, according to a new book on the evolution of the use of food and eating habits among prehistoric people.

While there is much we can learn from what our ancestors ate, many of our more modern foods and diets were developed for very good reasons, said Kristen Gremillion, associate professor of anthropology at Ohio State University.

Gremillion is author of the new book Ancestral Appetites: Food in Prehistory (Cambridge University Press, 2011), which explores how humans have adjusted the food they eat and the way they prepare it in response to new knowledge and new environments.

“Humans are omnivores and we can eat a wide range of things,” Gremillion said.

“Rather than try to base a healthy diet on what we think people used to eat thousands of years ago, it would probably make more sense to look at our nutritional requirements today and find the best way to meet them.”

One issue that Gremillion has with many new diet fads is the claim that they are somehow more “natural” because they focus on a time before modern culture spoiled our eating habits.

“Human dietary behavior can’t be reduced just to our biology. Culture has always played a part in what we eat and how we eat it. And people have always been innovating, finding new foods to eat and new ways to prepare them. There’s no way to say that there’s only one way we are supposed to eat.”

One popular diet today is the so-called “paleo” or “paleolithic” diet, sometimes also called the caveman diet. This diet is based on what people ate before the introduction of agriculture. There is an emphasis on lean meats and fruits and vegetables, and avoiding processed foods and grains of all kinds.

Gremillion said the paleo diet is scientifically based and a healthy way to eat. But it is not somehow more natural than other diets.

“It’s not unnatural for humans to eat cereals and grains, despite what some people may claim. Humans started agriculture because it was difficult to get enough food through hunting and gathering. Cereal grains provided a stable source of calories,” she said.

Cereal grains can’t be the sole basis of a diet, but they can be part of healthy meals, she said.

While the paleo diet does have a scientific basis, Gremillion said the raw food diet does not. This diet emphasizes getting most calories from uncooked, unprocessed foods.

“There is not really anything to be gained by eating only raw foods. We have been cooking food for hundreds of thousands of years,” she said.

While cooking does remove some nutrients from foods, it also breaks down the compounds in foods to make some nutrients easier for our bodies to extract. In addition, it is much easier on our teeth and jaws than tearing and crushing hard and fibrous foods.

Cooking caught on for a reason, and there is no real reason to give it up.”

The concern for returning to a more natural state often involves not only what we eat, but how and where we grow foods and domesticate animals.

Much of Gremillion’s own research involves the origins of agriculture in eastern North America, and how the early peoples in North America interacted with the environment.

“There’s been a tendency in American culture to think the pristine wilderness is somehow totally separate from people. But it is a misconception that the landscapes we want to bring back were untouched by people,” she said.

Humans have been managing the environment in North America from the moment they stepped foot on the continent, she said. One of the earliest ways Native Americans managed the environment was through the use of fire to clear areas for their use. Later on, they also adopted small-scale agriculture.

Since their numbers were small, their overall impact on the landscape was limited, according to Gremillion. They probably realized they had to protect the environment to a certain extent, so it would be available to their children and grandchildren.

“But it was not just a spiritual attachment to nature. It was a practical way to live off the land,” she said.

Gremillion said that in everything related to eating – from what foods we eat, to how we grow it to how we prepare it – there is no one natural way.

“Humans are flexible. That’s what we do better than any other animal, and that means we can adapt to conditions, she said.

“There’s not some natural way to eat that we need to get back to. Culture informs everything we do.”