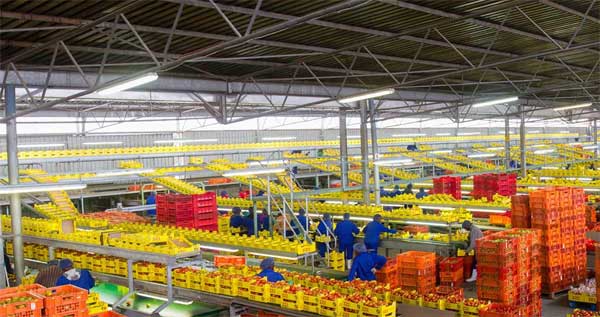 Anyone who eats tomatoes, and that’s mostly everyone, will know the brand name ZZ2, the huge South African farming enterprise that, among other produce, grows and markets 35% of the SA tomato crop, and in fact, is the largest grower in the Southern Hemisphere. [Audio interview – 4.42 mins]

The story of ZZ2

The ZZ2 brand is a well-known icon in South Africa with a proud history. Willem, the Van Zyl ancestor from the Netherlands, worked as a fresh produce farmer for the Dutch East Indian Company in the Cape of Good Hope. He was fired in 1702 due to insubordination.

He then bought a farm in Franschhoek where he farmed with fresh produce, wine and livestock. His descendants left the Cape during the 1830s and eventually they settled in the region east of Polokwane.

After the Anglo-Boer War in 1902, a regulation came into play where farmers received a registered number (branding iron) with which to brand their livestock.

In 1903 the code ZZ2 was awarded to Burt van Zyl, grandfather of Bertie van Zyl – the founder of the ZZ2 farming enterprise.

ZZ2 was registered as a private company in 1966, and today it’s a multi-million rand conglomerate.

It has also been a keen adopter of ‘natural farming’ or ‘natuurboerdery’ and which has paid off greatly in the past eight years or so: it reports a significant improvement in soil fertility and microbial diversity; yield has improved and the company has been able to cut its synthetic fertiliser and chemical usage by almost 60%.

Chemical control methods are now only used if there isn’t a biological control alternative. In such a case, ZZ2 uses the product with the least environmental impact and at the lowest effective dosage [read more here]