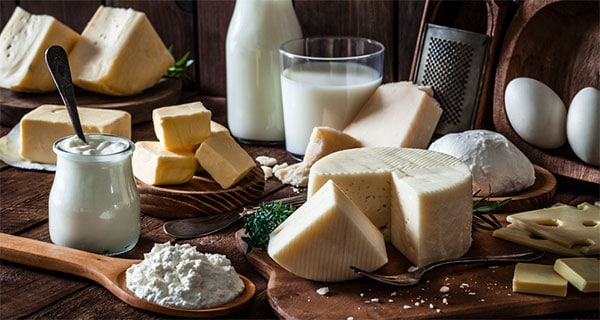 08 Feb 22 Why the SA dairy sector is cheesed off

It’s not easy for dairy producers in SA! This article outlines how unfair it is to expect the local dairy sector to compete against products from the EU, the UK and Eastern Europe who enjoy the largesse of government subsidies.

Faced with cheap, often subsidised, imports, many local dairy farmers have quit production in recent years. Those who remain have realised that the only way to survive is to increase the scale of operations — an outcome that is often used, incorrectly, as evidence of increased concentration in the sector.

SA’s Milk Producers’ Organisation has long argued against the price of imported products being set at the market value of the harbour of export (the free-on-board, or FOB, price). Doing so is unrealistic and unfair to local producers, as governments in the EU, UK and Eastern Europe pay large subsidies to their farmers and dairy producers.

In the EU, for example, there are five funds that support agricultural and rural development, among them the European Regional Development Fund and the European Social Fund. This is on top of the direct payments made to farmers under the EU’s common agricultural policy, which paid out €41bn in subsidies in 2017. By 2020, that figure was about €59bn.

The EU has also introduced subsidies for sustainable energy projects, cutting costs in the value chain and enabling member countries to sell products and commodities on the international market at reduced (unfair) prices.

Where there’s fair competition, markets discover price levels based on demand, reflecting scarcity. But the unfair competition that arises from subsidies distorts markets. This spills over into improper policy and reduced economic growth and wealth creation. In the end, it destroys a country’s ability to achieve food security or enter the export market.

There have long been concerns about the absence of binding competition rules within the World Trade Organisation (WTO). Anticompetitive practices continue, despite several international institutions — including the WTO, the Organisation for Economic Co-operation & Development and the International Competition Network, for example — actively discussing how to create competition.

A striking similarity exists between the objectives of the WTO and those of competition laws in some countries. Common to both are the promotion of an open market and efficiency; the provision of fair and equal business opportunities, transparency and fairness; and the maximising of consumer welfare.

The need for a re-evaluation and overhaul becomes clear when one considers the dairy industry in SA. Our analysis of the import data of dairy products for the first nine months of 2021 provides sufficient evidence to suspect foul play in the market.

Ireland and the Netherlands were responsible for 91% of all cheddar imports by SA between January and December 2021. A basic calculation indicates that the FOB price we paid for this cheddar wouldn’t cover even the cost of the unprocessed milk used in its production.

To assess the “fair pricing” of these imports, we considered the landed FOB price of cheddar against the cost of the milk component alone. That left no funds available to cover the costs of: manufacturing; packaging; storage; the time value of money during storage; transport to, and offloading at, the harbour; and the agent’s commission.
It also left no profit margin for the manufacturer.

So, while the average FOB price for cheddar from Ireland was R59.42/kg, the milk required to manufacture that volume was an average R66.93. Cheddar from the Netherlands cost an average R60.10/kg, against a milk input cost of R63.69 for that volume.

Similarly, we analysed imported ultra-heat-treated (UHT) long-life milk from Poland, which accounted for 74% of all UHT milk imports to SA from January to September 2021.
The FOB price varied between R8.19/kg (June) and R9.05/kg (September). In those months, the Polish farmers received R5.57/kg (June) and R5.92/kg (September). That left between R2.62 and R3.13 to cover all other costs, including manufacturing, transport, packaging and the like.

Who carries these costs and profit margin? One can only speculate that the EU funds allow these manufacturers to remain viable and profitable. But this comes at the expense of dairy farmers in (poorer) countries where there is no money for subsidies.

It’s problematic to think an industry must be able to compete with imported products and the market will sort it out if there’s an absence of fair-priced imports that resonate with international law on competitive behaviour.

The two examples above provide sufficient evidence to question the fairness of using imported dairy product prices to determine whether the local market is competitive. The secondary and tertiary industries that use this distortion as a departure point in price negotiations have severely damaged the primary dairy sector in SA — and will destroy it, if the situation were to go unchallenged.

Source: Financial Mail, authored by Bertus ban Heerden is chief economist at the Milk Producers Organisation; Johann Kirsten is director of the Bureau for Economic Research at Stellenbosch University