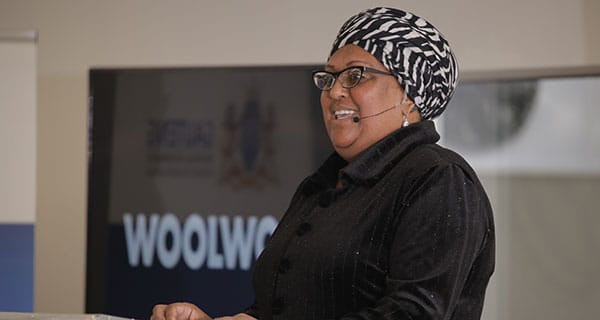 23 Jan 20 Why is Zyder Rylands not Group CEO of Woolworths?

South African retailers are making a habit of importing foreign executives into their top leadership roles — to be fair with some success. Woolies has a new foreign-but-not-foreign Group CEO, and the question is, why did they overlook local talent?

Sometimes when shopping at Woolworths, I feel as if South African CEO, Zyda Rylands, lives in my basket.

I mean, how else do you explain chilli biltong (delicious), mutton biriyani (almost like my aunty’s and she is the rani (queen) of biriyani), the edamame and broad bean lunch punnets, the vegetables that stay fresh, the yoghurts of quality and flavour that are only narrowly beaten by those at Impala fruiterers.

You get my drift, but this is not a paeon to Woolie’s food section, the part of the business that has consistently performed above expectations. Instead, it is a nod to the leadership that has ensured that this business continued to perform, while other parts of the business went south.

Rylands led the food business from 2010 to 2015 [and is currently CEO of Woolworths SA and executive director], and it has been the magic bean in Woolworth’s sectoral leadership of retail. That position is under peril largely because the imported former Group CEO, Ian Moir, led a disastrous purchase of the Australian high street chain David Jones. Woolworths lost R12-billion in that poorly considered purchase and last week Moir lost his job.

The retailer has appointed the long-time Levi Strauss executive Roy Bagattini who is South African but has worked globally for years, first at SABMiller and later at Carlsberg before he joined Levis, as the new Group CEO.

Perhaps he will be great, but you have to ask why Woolworths overlooked Rylands, a lifer at the company (she started in 1996) and a woman with a splendid track record of doing well. She knows her shoppers and she knows the company. She has been overlooked twice now for the role of group CEO and Woolworths may have trouble holding on to her.

Rylands threw her hat in the ring for the top job as did the company’s group COO Sam Ngumeni.

Ngumeni is also a lifer at Woolworths and if there is anybody who is responsible for the fact that I feel like the company is in my basket, it’s him.

Ngumeni oversees insight and analytics at Woolworths which is why the company’s good at catering to its clients and why it can often feel like the stores are merchandising for you. Woolworths knows what you buy and what you like and while this may be an act of awful surveillance capitalism, it is a factor in why customers at the store are loyal.

Around the world, the dearth of women CEO’s is a topic gripping attention and with her track record, Rylands is likely to be in demand, not only in South Africa but in the retail sector globally. At 54-years old, Rylands can hardly be said to be in training (although black women are often in perpetual learnership and never deemed quite ready for the top role).

It is my new year’s resolution to steer as clear as I can of South Africa’s toxic race talk, but in this case, it does feel as if my favourite store exhibits the full three biases: race, gender and the view that imported executives are better than local ones.

In doing so, it’s counter trend as the world’s C-suites finally begin to wake up to the fact that women make fantastic CEOs…..