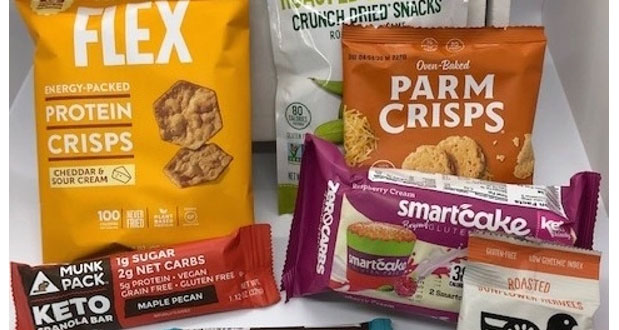 11 Nov 20 UK: Bad news for food manufacturers – the low-carb word is out

The UK low-carb diet market is expected to grow by 6.4% by 2027. More of us are limiting the carbs on our plates, a worrying trend for food manufacturers whose business model depends on highly processed forms of corn, wheat, grain and rice.

The distinction between ‘good’ (complex) and ‘bad’ (simple) carbohydrates used to have considerable traction, but it hasn’t brought on board doubters persuaded to follow a ‘keto’ or ‘paleo’ eating approach.

Now Big Carb is trying to reverse that trend. A press release landed on my desk, trumpeting Against the Grain, “a new paper [that] reveals that cereals offer greater health and nutrition benefits than commonly acknowledged, despite often being considered ‘nutrient-poor’”. Two of the three authors of this review are economists at the CGIAR International Maize and Wheat Improvement Center.

Their conclusion is so desperate it’s almost amusing: “Only relative to other ‘nutrient-rich’ foodstuffs can cereals be described as ‘nutrient-poor’.”

Well, I might appreciate the joke more if the authors stopped there, and didn’t go on to argue that to feed the world “within planetary boundaries”, current intakes of wholegrain foods should more than double. But it’s becoming stark-staring obvious that high consumption of carbs is driving the waves of obesity and type 2 diabetes washing up everywhere from the UK to India.

To be fair, the authors refer obliquely to the need to “address tricky issues like the current over-processing, to make the most of the nutrition potential of maize and wheat”. But that still leaves them behind the curve.

Worldwide awareness is growing that our bodies metabolise carbs much in the same way as sugar. In the UK, Dr David Unwin, a GP who has had positive results with diabetic patients, has developed visually striking infographics, depicting the glycemic load of any given food in terms of the equivalent number of teaspoons of sugar it contains.

His infographics had their endorsement from the National Institute for Health and Care Excellence (NICE) removed this year, following a complaint that they weren’t “evidence-based”.

Let NICE play safe. The low-carb word is out and unstoppable. Many people who previously struggled to control their weight and blood sugar are finding that it works for them.

All aboard the plant-based train
US: Rush of keto innovation spurred by popularity of the…
Feed kids on organs, not pap, says Prof Tim Noakes
Low carb vs low fat: 23 peer-reviewed studies provide an…
Share
Print page
0 Likes
Posting....
Thanks for subscribing!