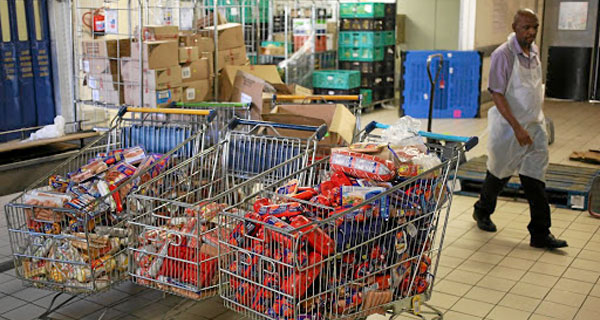 Leading this collation of stories gathered from SA media and Twitter is the Financial Mail’s questioning this: Motsoaledi says the source has been found, but Tiger Brands’ test results show ‘low levels’ of environmental listeria: who’s to be believed?

In the hunt for a scapegoat in the listeriosis scare, has government been too hasty by picking on Tiger Brands? – Financial Mail


Health minister Aaron Motsoaledi was, at least until earlier this week, of the view that a certain number of deaths per year from listeria poisoning was perfectly normal.

That view is quite a contrast to the Chinese authorities’ approach to the 2008 infant milk formula scandal — which led to the bankruptcies of at least two firms and death sentences for two executives. But, back to Tiger Brands.

While CEO Lawrence MacDougall is adamant that there’s no direct link — at this stage — between its Enterprise meat plant in Polokwane and the deaths of over 180 people from listeriosis, the health department says it has found its source.

“I don’t understand what he means by direct link,” Motsoaledi told Business Day TV on Monday.

“We were diagnosing the whole country and we think we have done our work clinically. Perhaps the issue of linking directly to particular patients is a legal matter and I’m sure he was speaking legalistically. But on our side we have formed that link between the outbreak and the Enterprise food facility in Polokwane.”

But, says Tiger’s head of communication Nevashnee Naicker, the company has always had testing for listeria, as part of standard safety protocols, and did not detect the bacteria in its meat products “under normal testing protocol”.

Then, on February 2, Tiger was visited by a delegation of about 40 health officials, including members of the World Health Organisation, for what Juno Thomas, the head of the Centre for Enteric Diseases at the National Institute of Communicable Diseases (NICD) called a “swabathon” of the company’s Polokwane Enterprise plant.

Naicker says: “They came to us because there were children who became ill and it was linked to three products” — one of them a Tiger Brands product.

The department says of 300 samples taken, a staggering 30% came back positive with listeria.

Tiger, meanwhile, says it replicated the tests, which came back negative for all its products, but showed “low levels” of environmental listeria present, on February 14.

Food hygiene remains a priority – wash the outside of packaged products before you open them, keep surfaces clean and wash your hands regularly.

Thousands of tonnes of tainted polony destined for the dump

A whopping 4‚000 tonnes of polony and viennas is the initial estimate of how much recalled cold meat will be sent to dump sites.

This is according to EnviroServ Waste Management’s Johan Schoonrad‚ a treatment and disposal specialist.

The National Consumer Commission has recalled Enterprise polony‚ russians and frankfurters as well as Rainbow Chicken Polony‚ due to the presence of listeria monocytogenes bacteria at the factories that produce this food.

EnviroServ is one of the waste companies that has made a bid to Tiger Brands and Rainbow Chicken to help dispose of recalled cold meat.

Late on Wednesday afternoon‚ the Department of Environmental Affairs gave an exemption to waste management companies to dispose the meat in hazardous waste landfills rather than in medical waste sites.

Consumers have been advised by microbiologists not to throw away cold meats but to return them to retailers‚ even without a till slip.

Those who cannot reach retailers should burn the polony to avoid the listeria bacteria spreading from the dustbin into the environment…..

The country’s listeriosis crisis may have been triggered by a chicken paste known as “white slime”, a meat scientist has told Business Insider South Africa.

South African polony and other process meats must contain 75% of “meat equivalent” under legislation that is 45 years old.

The meat equivalent is calculated by determining the total amount of nitrogen in a sample and multiplying by a factor of 30. It can include all kinds of protein, including soy, pork fat – and also mechanically deboned chicken, says Louw Hoffman, a professor in meat science at the University of Stellenbosch.

Also called “white slime”, the US government’s official definition of mechanically deboned chicken is: “a paste-like and batter-like poultry product produced by forcing bones with attached edible tissue through a sieve or similar device under high pressure to separate bone from the edible tissue”…..

And besides port testing, the imported MDM would be heated in the making of polony, thus killing any Listeria present, surely?Contamination could have happened somewhere in the plant’s packaging process. https://t.co/mRfHAm3d3C

While the listeriosis outbreak is still a threat, the absence of polony has some die-hard lovers of the processed meat not coping….

If you’ve received that WhatsApp voice note claiming that the Listeria “virus” is in imported Brazilian “MDM” being used in Enterprise polony and others, please take a listen to the start of today’s show… https://t.co/lQ9IUAQesa