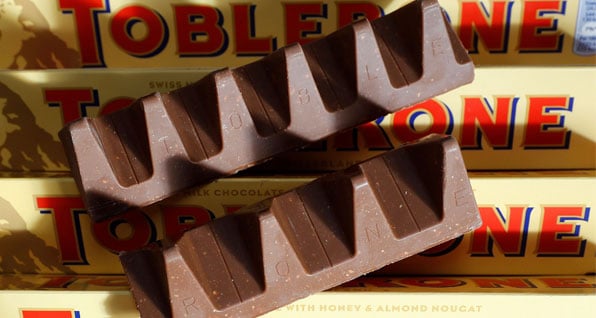 Nothing tastes sweeter than victory. Mondelez International has confirmed that a lighter version of its iconic Swiss chocolate bar, Toblerone, would be discontinued in favour of its original shape, featuring smaller gaps between the triangular chunks.

“We’re always reviewing our range to make sure we provide great quality Swiss chocolate in formats we know our fans love,” a Mondelez spokesperson told The Guardian.

“The 150g Toblerone is no longer being manufactured and therefore availability of the bar depends on how much stock an individual retailer is carrying. But 100g and 360g size bars will still be available.”

The decision ends 20 months of culinary limbo for Toblerone fans, who were outraged when the company announced plans in late 2016 to reduce a 170g bar to 150g by increasing the spacing between the triangles. A 400g bar was also reduced to 360g.

At the time, Mondelez attributed the change to an increase in the cost of ingredients.

“We carry these costs for as long as possible,” the company wrote on its Facebook page, assuring fans that the overhaul was needed to “ensure Toblerone remains on-shelf, is affordable, and retains the triangular shape.”

An executive promised that the wide gaps were only “a short-term solution.”

On Friday, Mondelez denied that its reversal was a response to falling sales, telling the BBC that sales of the 150g bar actually increased after the shape was changed.

The 200g replacement, set to hit shelves later this year, could cost as much as £3.09, according to The Guardian. That’s a small price to pay for justice.