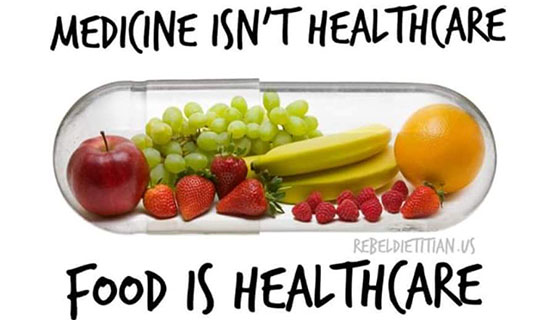 28 Aug 19 The brave new world of food as medicine

The concept of food-as-medicine is as old as human civilisation – but US columnist Victor Martino argues it’s back in a big way and major packaged food-bev companies are taking notice.

“Let food be thy medicine and medicine be they food,” said the ancient Greek physician Hippocrates in the 4th century BC.

Seventeen centuries later in the US a growing number of food and drink companies are heeding his call, albeit in a more commercial way.

The concept of food-as-medicine is far from new, …. but in the US, the post World War II processed packaged foods revolution largely set aside the concept, instead elevating mass-availability through processing, along with convenience and taste, to the forefront among eaters.

The rise of modern Westernised medicine, particularly prescription drugs, also led to the near-elimination of the concept of food-as-medicine among subsequent generations, starting with Boomers.

But food-as-medicine is back in a big way – and food and drink companies are taking notice. What’s old is new again, with a modern twist.

Food as medicine is separate sub-category of health and wellness

Food-as-medicine is part of the overall health and wellness trend in the US and is part-and-parcel of the functional foods category, although it’s instructive to distinguish it as a separate sub-category because it specifically emphasises the importance of food and nutrition to help prevent and treat medical maladies.

A growing number of scientists, physicians, medical institutions and health insurers in the US also are recognising food-as-medicine.

For example, doctors at McLean Hospital in Massachusetts are prescribing certain foods to patients with obesity and mental illness, along with suggesting to some they try the ketogenic diet.

In California, a group of medical and nutritional services providers have formed the California Food is Medicine Coalition. The programme includes launching the first medically-tailored meal scheme in the US.

And, in what offers the biggest opportunity for the growth of food-as-medicine, including for CPG brands, some insurance companies are experimenting with health centres and non-profits and offering reimbursement for prescriptions for specific foods to help treat chronic illnesses like Type 2 diabetes and high blood pressure.

The food-as-medicine category also is presenting itself as an opportunity for start-ups.

For example, a Texas-based start-up named, Stay Cool, has a beverage product formulated with kava, which it says is an ingredient that promotes calm and relaxation for the mind and body.

Then there’s Nightfood ice cream, which takes a subtle approach to being a sleep-aid, simply saying it’s a “sleep-friendly” food that also satisfies the craving for a snack that tastes good. The recently launched ice cream brand is building a following online and in stores. Its founders are rolling the brand out nationally in the US this year.

There’s even a meal kit company, Sun Basket, that’s not only positioning itself as a food-as-medicine start-up but is staking out an overall leadership role in the movement, including advocating insurance companies reimburse physician prescriptions for food as medicine.

But the most interesting insurgent brand in the food-as-medicine space right now is Washington state-based Luvo, which recently added Harvard University trained physician and chef, Robert Graham, to help it evaluate the science behind food-as-medicine and create recipes for its frozen food brand that will advance the concept of reimbursement from insurance companies for food prescriptions.

Luvo offers frozen vegan, meat, keto etc meals for a variety of specific nutritional and medical needs and is moving deeper into food-as-medicine with a new line of 24 packaged meals it calls the reset diet for diabetes. The meals will be sold as a bundle to be eaten over six weeks to help people manage their blood sugar and gut health, according to the company.

Cannabis-infused (CBD and THC) food and drink products also in large part fall under the food-as-medicine category because their primary claims involve health improvement, such as pain and anxiety reduction, aid with weight gain and assistance with a myriad of other conditions.

The rise in the cannabis consumables market could elevate the food-as-medicine concept and market to a much more prominent status in the coming years…..