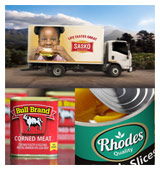 Buffeted by drought and lacklustre economic growth, SA food producers Pioneer Foods and Rhodes Food Group have demonstrated that they can survive and thrive in challenging circumstances.

However, when you are a single product company competing against thousands of tons of cheap imports in the same stressed economic climate, business becomes almost impossible, as Astral is discovering.

“Last year we posted record results; however, we have seen deterioration in profitability following the most challenging economic and trading conditions in the history of the industry,” says Astral CEO, Chris Schutte.

“The impact of the severe drought gripping the country and the imbalance in supply and demand of poultry, caused by excessive levels of imports, placed tremendous pressure on the poultry division’s results.”

The poultry division contributes 75% of turnover but just over 10% of the profits. In the year to September, the average selling price of poultry decreased by 0.6%, below food price inflation, as selling prices came under pressure thanks to over supply of chicken in the market.

The drought helped push feed prices up by 17.4% which drove the production cost of poultry up. This could not be recovered through selling price increases, and so profitability dropped by 91.1% to R59-million (2015: R661-million) with a net operating profit margins collapsing to 0.7% (2015: 7.6%) for the year.

Astral’s feed division saw revenue up by 15.3% as a direct result of the higher prices. However, profit from the ‘other Africa’ operations fell by 70% to R5 million as a result of currency weakness in Mozambique and power outages in Zambia.

On the other hand, Rhodes Food Group finds itself in a sweet spot with revenue, margins and earnings all improving. The business is gaining market share in most of its product categories.

This has been driven both through increased marketing spend and well-executed product innovation, says Henry Biddlecombe, an analyst with Anchor Capital.

For instance, the company is producing  “carb clever” convenience meals for Woolworths; it is packing baby food in ‘pouches’ rather than glass jars and its jam can be bought in re-sealable plastic cups, he says.

In all of these areas the company is positioned to leverage macro tailwinds such as the consumer preference for convenient packaging formats, the pervasiveness of ready-made convenience meals, and the fledgling baby food markets in Asia & Africa.

Acquisitive activity will continue to form a core part of the group’s growth strategy, with management confirming a healthy pipeline of prospective deals going into FY’17.

Deals are typically between R150-million – R200-million in size, and often involve underperforming businesses where a combination of cost synergies and capacity enhancements can unlock material bottom line growth.

The recent acquisition of Pakco is a good example. Pakco was acquired by Rhodes for R200-million but generated just R9.3-million in EBITDA for FY15.

Management has guided it to over R5-million in cost synergies that can be realised immediately, with further operational leverage to come through increased utilisation levels and the expansion of Packo’s product range into Rhodes’ customer base.

While Rhodes’ balance sheet still appears to have the capacity for higher levels of gearing (net debt: EBITDA currently 1.8x), management has said that they would look to tap equity markets should a larger deal present itself.

Pioneer, which CEO Phil Roux has restructured to withstand the tough economy, saw its gross profit margin decrease from 31.9% to 29.5% while the adjusted operating profit (before items of a capital nature) increased by 6% to R2.2-billion.

The operating profit margin contracted from 11.5% to 11.0% due to significant raw material inflation and portfolio mix effect.

However, groceries fared better with operating profit increasing by 25% on 2% volume growth.

With a market capitalisation of R37-billion, compared with Rhodes’ R6-billion, it is more difficult for Pioneer’s management to conclude acquisitions that move the needle.

However, the group’s recent acquisition of a 49.89% stake in Kenyan-based Weetabix, which provides Pioneer with an entry into the East African market, is a good, strategic move, says Vunani small and mid cap analyst Anthony Clark.

The outlook for all three companies remains challenging in South Africa. Political and market stability is essential in order to restore confidence and stimulate growth in the economy…..