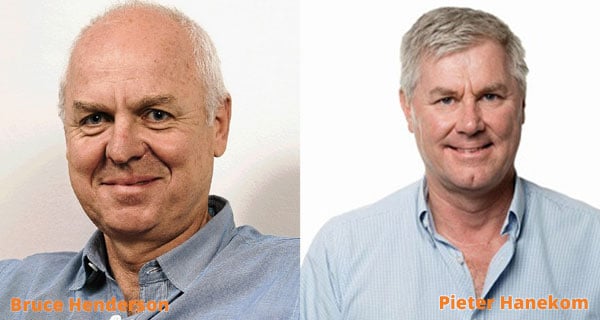 Bruce Henderson, who has served as CEO of Rhodes Food Group for 22 years, is to retire in September this year and will be succeeded by Pieter Hanekom, the company recently announced.

Based in Groot Drakenstein in the Western Cape, RFG’s growing portfolio of brands include the flagship Rhodes brand, Bull Brand, Bisto and Pakco, which are complemented by private label product ranges packed for major South African and international retailers.

Hanekom, 56, is currently the group’s deputy CEO and will be promoted to CEO on 1 October 2021. He joined RFG in 2015 as MD of long life beverages and was promoted to his current position in July 2020.

Steering business through acquisitions and listings

Henderson will continue to serve on the board in a non-executive capacity from 1 October 2021.

RFG chairperson Dr Yvonne Muthien commented on Henderson’s departure: “Bruce has led the group with distinction, overseeing the expansion from a single brand fruit business into a diversified, multi-brand food producer owning a portfolio of market-leading brands and a world-class production base.

“During this time the group has concluded multiple acquisitions and expanded into several new product categories and geographic markets. Bruce led the listing on the JSE in 2014 which was a pivotal point in the group’s history,” she said.

Hanekom has more than three decades experience in the food industry, including 20 years at Pioneer Foods where he was MD of Ceres Fruit Juices and head of the Ceres Beverage Company.

“Pieter has been a member of the RFG executive committee since 2015. He led the group’s successful entry into the fruit juice market and subsequent growth in this highly competitive category. He has been integrally involved in the development of the strategy and the expansion of the long life foods business and we congratulate him on his well-deserved appointment as CEO,” said Muthien.

Recently RFG reported its results for the six months to end March and saw a 46.4 percent increase in headline earnings to R119-million and headline earnings per share was up by 46.2 percent to 45.6 cents a share.