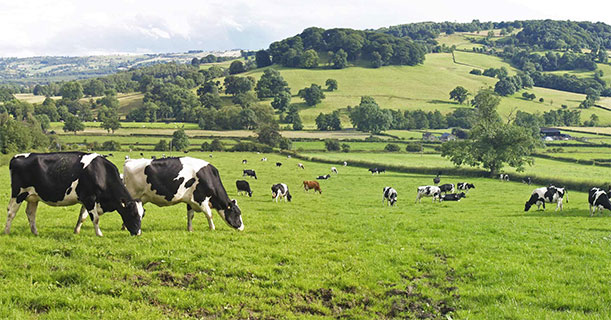 20 Oct 19 OP-ED: Building a food industry that is gold standard

The economics of food production often follows the tenets of efficiency. In so doing, it can ignore broader issues of which environmental damage and animal welfare are becoming key consumer and political priorities.

Like many, I was educated in my economics classes to recognise the benefits of scale and efficiency. Increasing the volume of production while minimising costs delivered products that could be sold at prices which stimulated consumption.

These principles, in theory, apply to virtually all products and in particular to commodities.

By focussing on cost while expanding volume, an individual or corporate can expect positive returns.

This school of thought applies across the global food industry presently.

At the factory level, managers are taught to construct facilities that allow for large scale volume production at the greatest speed to provide products at competitive prices.

The farmers who are tasked with delivering the raw materials to these factories work to the same tempo: maximise production while minimising costs.

Too often, this approach has outcomes that are, as economists say, sub-optimal for the other key agents in the food production system — the environment and animal welfare.

After years of admittedly amateur levels of exposure to farming, some hard truths have materialised in my city-educated brain.

The environment, and animals, are inextricably connected to the success or failure of the global food industry.

The environment, and animals, are inextricably connected to the success or failure of the global food industry. Consider an extreme example to debate this point.

Imagine a gigantic animal feedlot where cattle are housed indoors and fed manufactured compounds from thousands of miles away. It does not include any costs associated with the environmental damage or welfare issues involved in the enterprise.

Think about a farm in which all hedges have been removed and a single type of grass sowed to support the production of milk. This, too, follows the basic principles of economics to optimise efficiency but not the costs associated with reducing biodiversity.

Take the farm that enhances biodiversity and animal welfare. It includes fields bordered by hedgerows and has animals that calve in spring to provide summer nurturing.

The milk or meat from such farms is the gold standard from a marketing perspective.

If you asked any informed consumer, I suspect they would opt for this type of farming as the core source of their food. But the laws of market economics do not operate that way at the moment.

If consumers and politicians want to see that vision of food production, they will have to use a series of sticks and carrots to achieve it.

Food produced by so-called factory farms would have to have financial penalties imposed; biodiversity measures would require explicit financial incentives; and animal welfare bonuses would be required too.

As the new version of the Common Agricultural Policy is being designed in the EU, these choices have to be amplified if we are to future-proof a food industry that respects the environment and animals.

It’s a clarion call growing louder each year. It must be applied with the same rig our that applies to the marketplace at the moment.