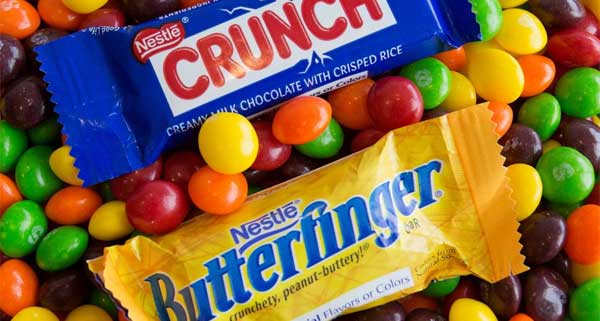 Nestlé’s new chief executive officer is putting the world’s biggest food company on a diet, moving to shed its US confectionery business as he seeks growth from healthier and more profitable businesses.

Half a year after taking the helm at the Vevey, Switzerland-based company, Mark Schneider put brands like Butterfinger and BabyRuth up for sale. Analysts believe the move signals that the new chief, with a background in health care, is serious about transforming a company wrestling with the slow growth of the packaged food industry.

“Looks like the start of a new era for Nestlé,” wrote Jean-Philippe Bertschy, an analyst at Bank Vontobel. He said the move to divest a unit whose brands also include Gobstopper and LaffyTaffy raises the possibility of strategic reviews of other under-performing businesses, such as the Herta processed meat brand, US frozen foods, ice cream or pizza.

The review spearheaded by Schneider marks a departure from the approach of his predecessor as CEO, Paul Bulcke, who talked about selling ailing businesses but mostly clung to such units in the hopes of revamping them.

Food companies are under pressure to reduce costs after Kraft Heinz’s unsuccessful bid for Unilever earlier this year showed that even the largest players could become targets. Chocolate makers especially are grappling with weak US consumption as Americans increasingly turn their backs on sugar.

Schneider, who took over at Nestlé this year after leading Germany’s Fresenius, is the first outsider to be given the Nestlé CEO job in almost a century. He has said he aims to boost the company’s health strategy as well as focus on the businesses that are growing fastest, such as coffee and pet food.

The review of the US confectionery business, which had $923-million in 2016, is his first major strategic move at his new employer and hints at other changes.

“Quiet man Mark Schneider is continuing to make waves,” wrote Martin Deboo, an analyst at Jefferies. “We doubt this will be the end of portfolio moves.”

Nestlé says it remains committed to its global chocolate business, which includes KitKat. The company acquired several of the brands being sold in 1990 from RJR Nabisco. A sale could fetch 1.35 billion francs to 1.5 billion francs, estimates Alain Oberhuber, an analyst at MainFirst Bank AG.

Deboo said private-equity firms would be interested, along with industry giants like Mondelez International, which failed in a bid to acquire Hershey Co last year. While the US brands no longer fit with the healthier image Schneider wants to project, they’re also a drag on earnings.

The operating margin of Nestlé’s confectionery business was 13.7 percent last year, the second-lowest of its seven product categories.

The business has been losing market share in North America every year since 2013, falling to a distant No 4 in 2014, when it was surpassed by Lindt & Spruengli with its acquisition of Russell Stover. Hershey Co and Mars together control more than half of the market.

Nestlé has been investing heavily in a health-science unit since 2011 and has said it aims to make a $10-billion business out of it, trying to develop food-related products to prevent ailments such as obesity, metabolic problems and Alzheimer’s disease.

Schneider’s move indicates that further deal-making is in store for the sector as European food company executives react to the shock of Kraft’s Unilever approach, which highlighted the aggressive pursuit of shareholder returns at the US company and its private-equity backer, 3G Capital.

Unilever has begun a strategic review of its slow-growing spreads business. Separately, Reckitt Benckiser Group is seeking a buyer for its food unit, which includes brands like French’s sauces.

In Europe, Nestlé has already been revamping its chocolate operations. In Italy, the company plans to cut as many as 340 positions at the site that makes Baci Perugina chocolate, just a year after the company sold the Rossana candy brand produced there. Nestlé also plans to slash 300 jobs at its UK confectionery factories as well as move production of Blue Riband biscuits to Poland.

Jon Cox, an analyst at Kepler Cheuvreux, said he would not be surprised to see Nestlé sell its entire confectionery business, with annual sales of 8.8-billion francs, as Schneider steps up efforts to stimulate growth. And that could be just a start.

“A takeover/merger with Danone could make sense as a way to build a European champion large enough to withstand a potential takeover by 3G/Kraft and the aggressive cost-cutting business model dominating in North America,” Cox said in a note.