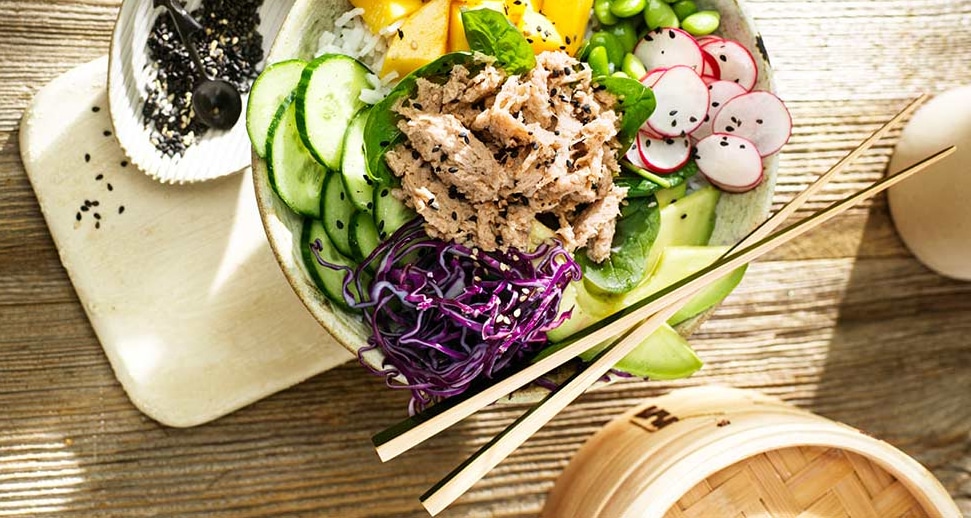 The plant-based tuna alternative can be used in a wide range of dishes such as salads, sandwiches and pizzas. It has the flaky texture and rich flavour that makes tuna a favourite in many meals.

Made from a combination of six plant-based ingredients, it is rich in nutritious pea protein, one of the most environmentally-friendly sources of plant-based protein. It contains all the essential amino acids and is free of artificial colourings or preservatives.

Stefan Palzer, Nestlé Chief Technology Officer, said: “Sustainably produced plant-based seafood alternatives can help to reduce overfishing and to protect the biodiversity of our oceans. Our plant-based tuna alternative is delicious, nutritious and high in protein. We are excited to launch this great product, with other plant-based fish and shellfish alternatives are already under development.”

The products are developed by Nestlé Research in Switzerland and the dedicated R&D Centers for food in Germany and the US. To increase speed-to-market, products are rapidly prototyped and tested in selected retail outlets, and first commercial batches are produced in Nestlé R&D facilities.

Eugenio Simioni, Market Head for Nestlé Switzerland, said: “We are delighted to launch this strategic expansion of Nestlé’s plant-based offerings in the Swiss market first. It is another example of the innovation strength of Nestlé in Switzerland, and the exceptional capabilities and expertise we have in this country in the area of food and nutrition.”

The product will be first launched under the Garden Gourmet brand in Switzerland. The launch will feature both the chilled product, which is available in a glass jar, as well as plant-based tuna sandwiches in select stores. Further rollout plans will be announced.