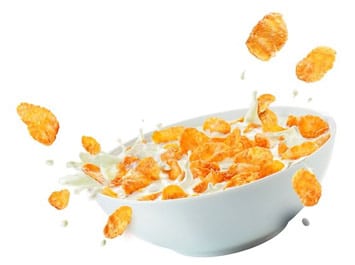 World Action on Salt and Health (WASH) is calling for all breakfast cereal manufacturers to universally reduce salt and sugar content after a global cereal study revealed major differences found in the same branded breakfast cereals sold around the world.

A total of 19 products, manufactured by cereal giants Kellogg’s and Nestle/General Mills, from 29 different countries were used in the global survey which found that 55 percent of the cereals surveyed contained half the daily recommended intake of free sugar for a three-year-old child (15g per day).

More than half (58 percent) of cereals contained high levels of sugar over 22.5g/100g, the equivalent to six teaspoons per 100g, and not one single product featured contained low levels of sugar, according to WASH.

One of the most striking findings of the survey was variations in sugar and salt levels depending on where the cereals were being sold. For instance, Kellogg’s Honey Smacks in Mexico (57g per 100g) had 25 percent more sugar than the same cereal in Belgium, Spain, Morocco, Norway, Qatar, Kuwait and UAE (43g/100g).

Kellogg’s Cornflakes sold in India which contained the highest level of salt (1.93g/100g) had 46 percent more salt than the same product in Argentina and Brazil (1.04g/100g).

The top five cereals with the highest sugar were found to be:

The top five cereals with the lowest sugar were found to be:

In Britain, the product with the most sugar (out of all the UK products surveyed) is Kellogg’s Frosties at 37g/100g – the equivalent of more than nine teaspoons of sugar, which is more than half (58%) of the recommended maximum free sugar intake for a children aged 4-6, in just one bowl (30g serving).

Kellogg’s responded to an enquiry from FoodIngredientsFirst, by describing how much it has done to reduce sugar and salt.

“For more than a decade, Kellogg has been committed to reducing the sugar and sodium in our cereals while providing positive nutrition and great taste.

“There may be variations in recipes around the world due to consumer preference, but we are proud of the progress we’ve made against our global sugar and sodium reduction targets we set to achieve by 2020,” a spokesperson said.

“In the UK alone, we will have removed more than 2,000 tons of sugar in our cereals by the end of next year. In addition, in 2015 we exceeded our global goal of a 30 percent overall sodium reduction in ready-to-eat cereals five years ahead of schedule. And by 2020, at least 85 percent of our cereals will have 150mg or less of sodium per 30g serving.

“As a trusted provider of high-quality foods that contribute to the health of our consumers, we continue to be committed to offering choice through a diverse range of foods, and by educating consumers about nutrition and a balanced diet.”

Nestle Breakfast Cereals also told FoodIngredientsFirst: “We’re committed to providing our consumers with a nutritious start to the day and have made significant progress in reducing the sugar and salt content of our cereals over the past decade without compromising on quality or taste.

“Across countries, we’ve reduced the sugar in our products by up to 30 percent and offer low or no added sugar cereals such as Shredded Wheat. Globally, we have also removed over 7,000 tons of salt.

“Cereal is a convenient and nutritious breakfast choice with our products containing more of the good stuff – grain, vitamins and minerals – than either sugar or salt.”

In terms of salt, 34 percent of all global cereals contained levels above the UK government’s 2017 salt target for breakfast cereals, which says 1.0g salt (maximum) per 100g. Meanwhile, the WHO recommends no more than 5g/day of salt for adults.

In the UK, just two products were still above the salt target; Kellogg’s Rice Krispies and Kellogg’s Corn Flakes at 1.13g/100g, demonstrating the success of the UK’s salt reduction program.

The top five cereals brands with the highest salt content include:

WASH is now calling for all food manufacturers to universally reduce the salt and sugar content of their products to help achieve the global WHO maximum target of 5g salt per adult per day and 25g free sugars per day (Ref 5).

“Our findings clearly show that both sugar and salt content varies among the same breakfast cereal sold in different countries with huge differences.

“We can see that some countries are supplied the exact same product whilst others are offered a different product with higher levels of salt and sugar.

“It’s evident that popular breakfast cereals can be manufactured with less salt and sugar and manufactures need to do much more to improve their reformulation efforts across all countries,” says Saadia Noorani, registered public health nutritionist at WASH.

Graham MacGregor, professor of cardiovascular medicine at Queen Mary University of London and Chairman of WASH, is shocked by the findings.

“Ironically some countries may have benefited from the UK’s salt reduction plan by being supplied with cereals reformulated for the UK, showing how easy it is to reduce salt content.

“It is shocking that breakfast cereals still contain extremely high levels of salt and sugar. Kellogg’s and Nestle are the two main global manufacturer of breakfast cereal and they need to demonstrate that they can act in their customers’ interest to reduce sugar and salt levels to help save lives,” he says.