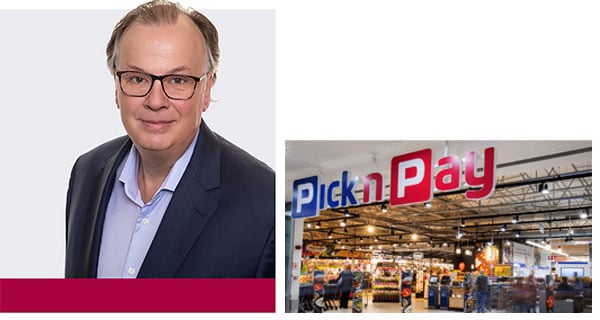 Supermarket giant Pick n Pay has implemented many failed turnaround plans in the past decade and longer. But new CEO, Pieter Boone, has unveiled his new initiatives.

In describing how Pick n Pay lost its way and is now forced to play catch-up to its slick competitors, the retailer’s CEO Pieter Boone has offered a mea culpa.

“We have let our customers down over the past couple of years. And that’s the unvarnished truth,” Boone, who has been in the Pick n Pay top job for a year, told Business Maverick.

Pick n Pay’s market share of 16% has stagnated, paving the way for its competitors, Shoprite (also owner of Checkers) and Woolworths, to grow theirs.

It remains a laggard in terms of profitability: Shoprite pulled off a trading profit margin (measure of profits in the retail sector) of 6.1% in 2021; 8.5% for Woolworths over the same period — while Pick n Pay’s has consistently come in at below 3%.

Once again, Pick n Pay’s share price over the past three years has lagged behind competitors, falling by 15.7%, while Shoprite and Woolworths notched up gains of 27.3% and 19.3% respectively.

Pieter Boone, a Dutchman who arrived in SA at the end of February 2021 to replace former CEO Richard Brasher, knows there are big problems at Pick n Pay.

On top of Boone’s to-do list after joining Pick n Pay was getting to know the retailer, its customers and place in SA’s R628-billion formal food and grocery market.

First, Pick n Pay needed to improve its pricing strategy in a weak economy in which the customer search for bargains has heightened.

Second, Pick n Pay had many goods on its shelves that didn’t appeal to its customers. “We have been trying to serve everyone and offer them everything. We became undifferentiated. The customer wants a range that is relevant to them,” said Boone.

The turnaround and growth plan

Boone is already making his mark at Pick n Pay by launching a new strategy that aims to, by 2026, grow the retailer’s market share and trading profit margin each by 3%, grow online sales by partnering with Takealot and its Mr D Food delivery service, expand its discount retail brand Boxer, cutting company costs by R3-billion, and keep prices low.

“The strategy is ambitious and bold. But we are operating in a formal grocery market that is growing. And Pick n Pay has to be part of this growth.”

Pick n Pay’s plan to keep prices low will be difficult when inflation is rising, which makes the sourcing of goods more expensive for retailers — the cost of which can be passed on to consumers.

“We are trying to put mitigation plans to fight inflation and not pass increases to the customer. Lowering company costs by R3-billion will help us to invest in prices.”

Boone’s growth strategy involves Pick n Pay stores being differentiated into three categories, with stores targeting lower, middle and higher income consumers; reducing the number of items on sale by 30% to cut costs; and expanding the number of Boxer stores by 200 from the current 350 over the next three years.

On the latter, Boone is sticking with his predecessor’s plan to push Pick n Pay into the value and discount market, with Boxer to grow its exposure to the lower-income consumer segment.

Pick n Pay expects the food and grocery market to grow by R200-billion over the next three years, with most of this growth coming from the lower income part of the market. While its share of the total formal grocery market is 16%, it holds only 11% of the low-income consumer market.

Before the appointment of Brasher and Boone, Pick n Pay had implemented many failed turnaround plans, dating back to Nelson Mandela’s presidency. So, what is different about Boone’s plan?

Boone said that under his watch, Pick n Pay is trying to be more transparent with investors and staff about his rescue and growth plan.

“This will allow us to get a performance-driven culture at store and group level. We will be working proactively on monitoring the plan’s progress.”

He has also reviewed Pick n Pay’s 100 top managers and changed 20% of this staff make-up to improve performance and accountability.

“This plan will only work if we have a winning team. My top team has the talent to get the job done.”