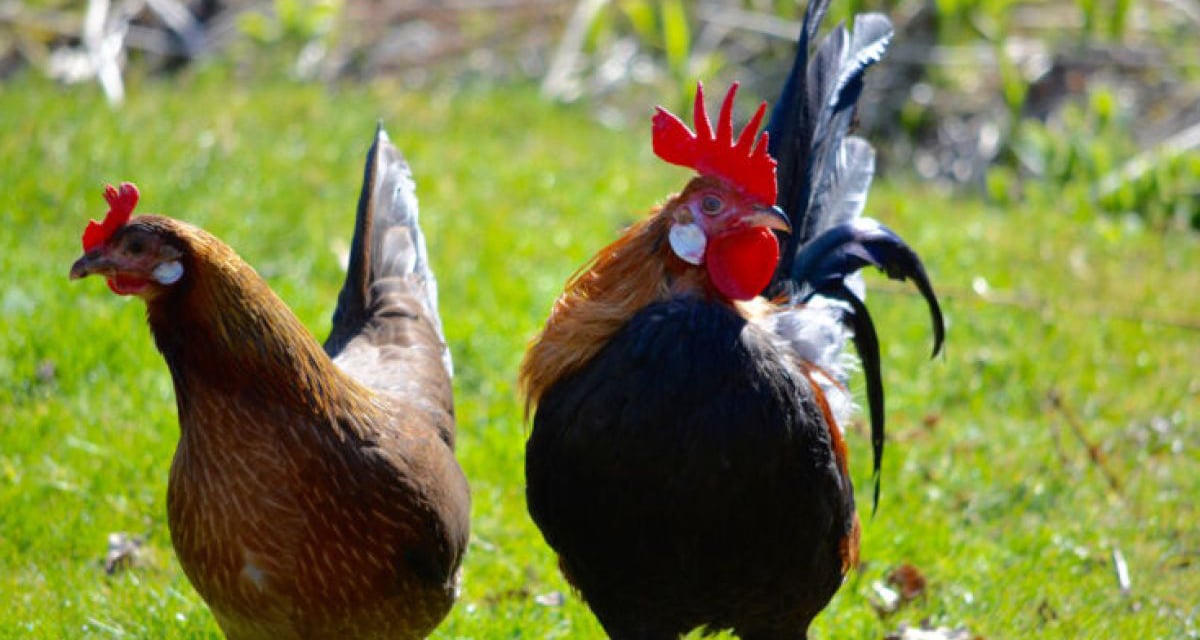 Chickens have never had a reputation as intellectual heavyweights and scientists at Linköping University in Sweden may have found the reason why.

Experimental breeding suggests that the process of domesticating the chicken 10,00 years ago caused the bird’s brain to shrink and made them less fearful of humans.

The Earth has a standing population of chickens numbering 22.7-billion and this would be over five times as many if we didn’t consume another 65.8-billion each year to keep the population down. They are bred on every continent on the globe with the exception of Antarctica, so why aren’t we worried about waking up one day after the Great Poultry Uprising to find we are now living on the Planet of the Chickens?

The main reason is that the average pullet is dim. However, the Linköping University study suggests that this could be a side effect of domestication. All of today’s domestic chickens are descended from the Red Junglefowl that came from Southeast Asia, with the Grey Junglefowl, Sri Lankan Junglefowl, and Green Junglefowl also contributing genetic material.

However, the Red Junglefowl is far from an ideal barnyard bird. Not only is it much smaller than the modern chicken, it’s also a bit skittish and shy around humans.

To learn more about how the Red Junglefowl became the chicken in a relatively short time, the Linköping team led by Rebecca Katajamaa and Per Jensen took the Junglefowl and bred it selectively for 10 bird generations. As they did so, the researchers chose to breed together the fowl with the least fear of humans. Meanwhile, they bred the birds with the most fear together as a control group.

What they found was that the first group, predictably, became tamer and less frightened of unexpected things that would normally alarm them, including people. The surprising thing was that the brains of the birds became smaller in comparison to their body weight, similar to what is found in domesticated chickens.

The shrinkage was especially pronounced in the primitive brain stem, which is involved in handling reactions to stress. According to the team, in the less timid birds the stem was markedly smaller. The effect of this was shown in tests where the birds were subjected to potentially frightening stimuli like a flashing light, with the smaller-brained birds learning to ignore the stimulus more quickly. However, other brain functions, like associative learning, were not noticeably affected.

“Our study not only sheds light on a possible process by which chickens – and possibly other species – become domesticated. It may also give new insight into how the structure of the brain is connected with differences in behaviour between individuals and species,” says Jensen.

The research was published in Royal Society Open Science.