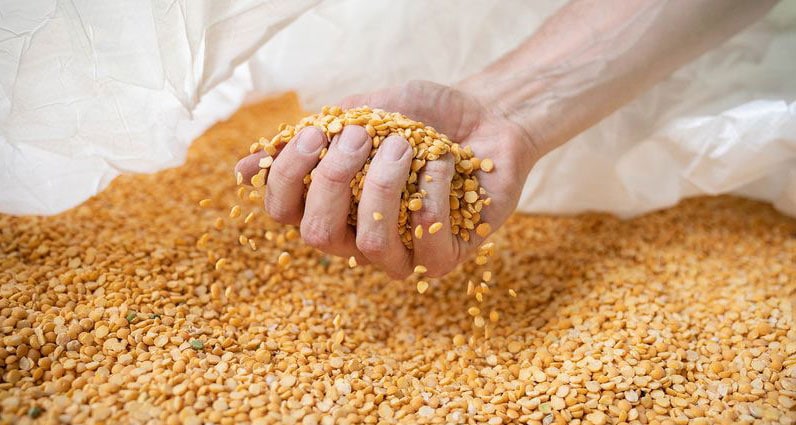 For investors, Beyond Meat’s May 2019 stock market foray was the most successful initial public offering in a decade. For the food industry, it was the start of an obsession with one key ingredient: the humble yellow pea.

Flush with cash, Beyond Meat soon brought the newest version of its pea-based vegan Beyond Burgers to supermarkets across the US, added Beyond Beef to the store lineup, and tested Beyond Sausage with its biggest partner yet, Dunkin’.

By the end of that summer, yellow pea protein prices had more than doubled from a year earlier, says Morten Toft Bech, founder and CEO of Meatless Farm Co, a British maker of plant-based meats. Copycats quickly followed, and now pea protein is being used to make fake chicken, seafood, cheese, and even rice.

Yellow pea is the fastest-growing source of protein for plant-based meat alternatives, a market that’s expected to be worth $140-billion globally by 2029, up from $14-billion in 2019, according to data from food technology company Benson Hill and Barclays.

Eco-conscious consumers are drawn to imitation meats because, pound for pound, their environmental footprint, measured in water or greenhouse gas emissions, is a fraction of beef’s.

Soy is still a major alt-meat ingredient, but consumers have soured on it; it’s often genetically modified, and it’s allergenic for some. Soy’s reputation has also been harmed by concerns about its connections to deforestation in the Amazon rainforest and misconceptions about its estrogen content.

Wheat was also a go-to vegan protein source, but it went out of style when gluten-free diets became all the rage.

Agrifood companies are expected to expand the 2019 global pea protein market by about 42% this year, to 340,000 metric tons, with new plants in Canada, Germany, the US, and China — which is becoming a major supplier, according to Henk Hoogenkamp, an adviser and board member for several food companies.

Soy protein, however, remains dominant, at least for now: Production for human consumption is expected to be about 1.25-million tons this year. Yet pea protein prices continue to rise.

Some consumer companies, Meatless Farm and the dairy alternatives maker Ripple Foods among them, make their own pea protein so they don’t have to worry about the volatility of the market. “It is a mad rush,” says Lisa Pitka, a senior food technologist at food advisory company Mattson. “Everybody is trying to procure these ingredients.”

The push to peas

Puris, which began as a soybean company in the 1980s, has become the biggest producer of pea protein in the US. It introduced a pea product in 2014, spurred by the ingredient’s popularity in energy and performance foods, and now that’s the company’s largest source of growth.

“We’ve been supertight on supply ever since we started up,” says Tyler Lorenzen, a pro football player turned CEO of Puris Proteins, the company’s ingredient division.

Puris refurbished a 200,000-square-foot former dairy facility in Dawson, Minn, to handle peas, and it’s getting ready to bring it online in the third quarter. It has the help of an unlikely investor: meat giant Cargill, which has put more than $100-million into a joint venture with Puris to build the plant.

The meat industry’s newfound interest in plant-based proteins either signals a more sustainable future, in which companies that got rich on beef, pork, and chicken shift to foods that are less resource-intensive, or it’s simply Big Meat tapping into growing consumer appetite for vegan foods to complement its meat-driven profits.

“Personally, it makes me a bit uncomfortable,” says Jennifer Molidor, a senior food campaigner at the Center for Biological Diversity, an advocacy group for the environment and endangered species. Peas are good for the environment, but Molidor stresses that displacement of meat needs to be a key focus of building a sustainable food system; not only more food production.

Although sales of plant-based alternatives are growing, meat consumption is, too. “No individual protein can feed the expected global population of 9.8 billion people by 2050,” says Mike Wagner, a managing director for Cargill in North America.

Makers of fake meat favour pea protein because it’s versatile and malleable. But there’s a problem: Some of it tastes like dirt. Talk to companies about it, and you’ll hear the words “masking” and “neutralizing” a lot. And consumers perusing nutrition panels may notice high sodium levels.

“How you process it, how you use it, apply it in your finished product, makes all the difference,” says Jitendra Sagili, head of research and development at Greenleaf Foods SPC, which makes vegan brands Lightlife and Field Roast.

These brands “deflavour” naturally, he says, using ingredients such as garlic, lemon, lime, and, yes, salt. Puris, other breeders, and processors have made some progress. Lorenzen takes pride in his product hardly having any taste at all. “Better-tasting to us is bland,” he says. “It tastes like nothing.”