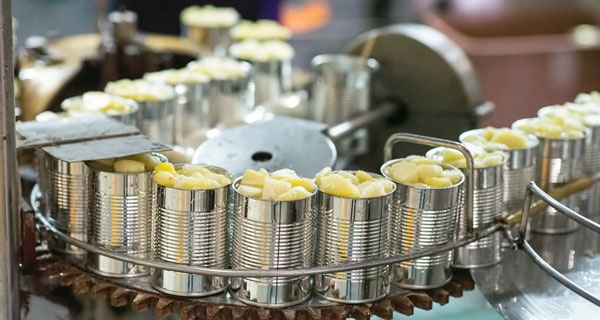 On 9 June 2022, Tiger Brands gave personnel producers and clients a 60-day consultation period notice to close down its factory in Ashton in the Western Cape.

Agri SA has raised concerns about the impact the decision will have on the community’s producers, the industry and agro-processing in the Western Cape, saying it would be a socio-economic disaster for the region, with ripple effects throughout the value chain.

Producers have made requests to the Western Cape and national government to intervene in the matter.

Tiger Brands initially decided to divest from the factory two years ago. At the time, it said it planned to focus on manufacturing and distributing everyday branded food and beverages, which is better aligned with its portfolio.

A consortium of 160 producers began negotiations with the food giant to acquire the factory, but still require a further R200-300m to close the deal, and are now in a position where they must secure the necessary funds in less than 60 days.

The factory’s main sources are cling peaches, Bulida apricots and Bon Chretien pears from 2,250 ha of canning fruit orchards. These orchards have been planted specifically for canning in the Klein-Karoo, Ashton, Robertson, Bonnievale, Breërivier, Wolseley and Ceres areas.

Were the factory to close, approximately 300 farmers would have no alternative market for these fruits as the other fruit canning factory in South Africa, owned by the Rhodes Food Group, is already running at full capacity. These farmers would have to destroy the fruit, and orchards, too.

The impact of the announcement is already being felt as labour brokers report that their teams are sitting at home as producers stopped pruning after Tiger’s announcement. In media statements, Tiger Brands indicated that 250 permanent jobs and 4,300 seasonal jobs are affected at the peak of the season.

The factory is the life support of the Ashton community and without it, the community faces socio-economic disaster. The Langeberg and Ashton factory is also the biggest single source of income for the Langeberg Municipality.

In addition to factory workers, the facility provides employment for thousands of farm workers in Ashton and in the production regions. Just over one permanent job opportunity is associated with each hectare of fruit orchard and 2,250 permanent farm workers’ livelihoods are now in jeopardy.

The canning factory has been in operation for more than 70 years and supplies fruit for Tiger Brands’ Koo brand as well as international brands like Silverleaf and GoldReef.

The factory initially consisted of two separate factories owned by the producers and a local entrepreneur. Tiger Brands subsequently bought these factories and consolidated them into one.

Jacques Jordaan, CEO of the Canning Fruit Producers’ Association, said the knock-on effect of the closure would be disastrous for 300 producers who don’t have alternate markets for their produce.

Jordaan said that diverting the fruit to the local fresh produce market would cause an oversupply and put pressure on the industry.

“They can’t export it; to put it in the local market, it will flood the local market. The only other canning factory; Rhodes in Tulbagh, that factory is the smaller one of the two, and they’re already running over capacity,” said Jordaan.

He added that the factory already took in 25% lower cling peach volumes last year, forcing farmers to either send the fruit to the informal industry or destroy it.

“There’s a more than 100% oversupply [of peaches], so the prices will just drop. Eventually, the producers would have to remove that 2,250 hectares of orchards,” he said.

“The medium-term problem is, if they survive, what are they going to plant there, so they would probably plant wine grapes, citrus, apples in some cases, so basically, you’re putting industries that are already under pressure, more under pressure.”