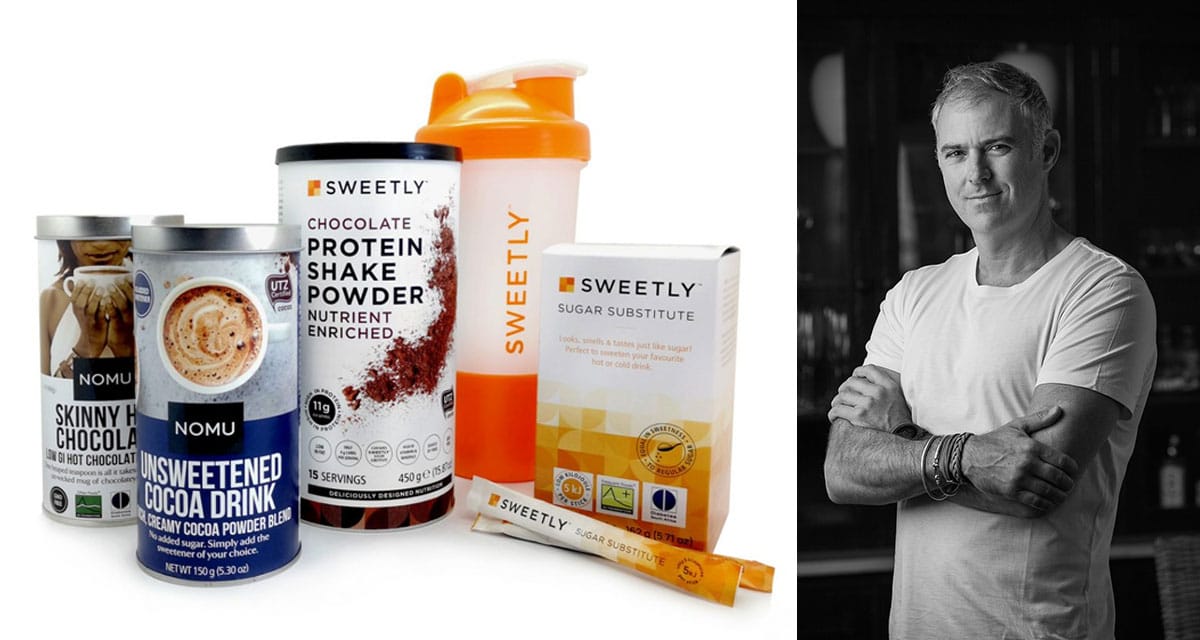 If you are a food entrepreneur or just curious about forging a start-up to grown-up food manufacturing business, please enjoy this amusing retrospective by NoMU co-founder, Paul Raphaely. NOMU is one of South Africa’s leading, independent food innovators, with an ever-expanding range of quality food and lifestyle products.

This ought to feel oddly more remarkable but along with the loss of smell and taste, perhaps losing a sense of time is also appropriate for this strange period that we are all living through.

But 20 years, eh? Maybe that isn’t actually such bad going after all, I mean, for two unqualified amateurs with virtually no idea what they were doing? It probably had even less to do with us, and more to do with our customers maybe?

No brand or service will survive without amazing fans and friends. These wonderful people are actually the best part of what we do, especially when they have been grumpy with us.

Honestly, in stepping back, I’m still vaguely confused about how we have survived. It must have had something to do with how it all started….

And as fairy tales go, that old chestnut of ‘It was a dark and stormy night’ (just to set up the completely accidental beginnings of NOMU) isn’t – technically – that far off.

It really was one of those revolting, wet, cold Cape Town nights when I agreed (under some pressure) to go to a friend’s birthday party. Then, while just minding my own business at the bar, something quite distracting slinked up next to me, started a conversation, and suddenly it’s just over 20 years later and I’m surrounded by eight goldfish, three dogs, two kids, a wife, a big plane tree, a medium-size business and a bond.

I would say ‘What the hell just happened?’, but again that means another diversion to ‘Cliché City.’ Then I would also have to explain how the name happened and no one needs to hear that one again. **

NOMU’s actual story, we like to think, is less of a cliché overall and more like a sort of braille record of the life of many other similar, small South African food businesses that began in the late 90’s or early 2000’s. This story is carved in light relief from our country’s ear-popping ups and downs, with day-to-day experiences linked at the hip to every twist, turn, leader, boom, bust, outage and outrage, lockdown and firepool in sight. So we’ve never been bored!

Hard to be bored when you are making sure your staff have battery-powered flashlights in case the power disappears, often. In fact, we have been kept quite busy and after 20 years we are now exporting to upwards of 20 markets, and supplying to Amazon USA, Amazon UK and even Kibsons in the UAE.

We have manged to create 66+ jobs, while producing more than 180 different SKUs, including dozens of private label items and even pioneering a new take on sugar replacement. And by the way there I am referring to SWEETLY (www.sweetly.co.za) but more on that some other time.

And don’t come looking for any sort of mature, developed strategy. That would be silly. NOMU remains maybe the most self-indulgently schizophrenic brand on the local food scene. We haven’t yet mastered how to stop producing new stuff just because we sort of felt like it, at 10:23am, on a Tuesday.

And so what is NOMU’s real story worth after all of these years?

Once you get the audience though, and if the product is as good as you think it is, then keeping it can be a challenge. But in this wonderful place, you absolutely can. Then it’s Dr Seuss stuff, all the way, every day. Oh the places YOU’LL go!

Well, we like to think quite a lot actually. NOMU is, hopefully, a great example of the real possibility of South Africa, as the sort of country where a good idea can absolutely still reach the ears of decision-makers astonishingly easily.

And what have we really learned that might be useful to anyone completely bonkers enough to attempt something similar?

Well, for a start, South Africa loves good news. If you are able to package, present and provide even a small silver lining, in anything from innovative plumbing parts to scented candles (or even above-average Hot Chocolates), this country really still is one of those magical places where castles can still be built and real change created.

Also, brick walls exist for a reason, but that reason is not to pulp your head into mush by trying to break through all of them. The trick is to be the cunning one who works out a way over, around or under. Not through. That would be stupid. And South Africa has plenty of brick walls. Lots, in fact.

We have also learned that as much fun as it is to shout, listening is by far and away the most lethal martial art. Listening and then agreeing. In some contests, and especially in the hyper-connected and informed world we are operating, you will never win by saying ‘No, actually you are wrong.’

We have discovered the very best way to deal with anger, disappointment and criticism is rather to say something like:

‘You know what? Actually, you have a point. And even if I am not 100% sure we completely agree with it, the fact is you took the time to get in touch and let us know how you feel. You’ve given us some really excellent, valuable feedback and a chance to look at what we could do better – thank you!’

We call this technique the ‘Murder She Wrote Intro,’ but only children raised on 80s television will get the reference.

But above all else, with all the cuts, bruises, scrapes and burns along the way, NOMU continues to gift Tracy and I with the very best thing in the world, and that is the chance to have fun, mostly.

We get to indulge our real selves in our imaginary roles. I get to charge the cannons, and Tracy gets to create beautiful things.

And even if my father still says; ‘Work isn’t supposed to be fun. If it was, they wouldn’t have called it work,’ he’s not completely wrong, but he’s not completely right either. Just remember to focus on the small parts of the job that make you really happy and the rest, proverbially, will be all ‘gravy’.

The strange truth is that at some point, we will have to grow up. Eventually, rambling stuff like this will have to stop and we will have to start acting our age, and trying to present a more gathered professional view. But not yet, and certainly not this year.

We just turned 20 and if that isn’t cause for acting like a child I don’t know what is. Instead, I think, we will continue to rather act our brand’s age. And if that means we get to be 20-years old again, I think it’s far more fun to be the local food industry’s equivalent of the Holy Hand Grenade of Antioch.

Just imagine what we might do next. Grab hold of something. That last bit was just a warm up. The next 20 is going to epic. Hans Zimmer is doing the soundtrack.

** The story behind the brand name is definitely a comical one. Tracy was a vegetarian and since her other initial concept was to create a high–end food emporium, the owners joked that her dream deli wouldn’t have a lot of ‘cow’ in it. ‘No Cow’ equals No–Moo’, and this was shortened and eventually blossomed into NoMU.